Portugal’s tourism industry is one of the hardest hit sectors in the country as a result of Covid-19 with 74% of companies closed.

According to the latest data from AHRESP 30% of these companies including hotels, restaurants, guest houses, cafés, bars and leisure amenities were not able to pay their March salaries.
The alarming if expected numbers from the Portuguese Hotel & Restaurant Association on the impact of Covid-19 on the tourism sector as a whole and released on 3 April made pessimistic reading.

The AHRESP also states that 94% of companies did not lay people off in March. Of the 6% that did so, 44% stated that they had laid off 1 staff member.
On the issue of support from the Government, 77% of companies did not apply for it and of the 23% that did, they went via the Turismo de Portugal (Tourist Board) help line (56%) while the ones that have applied for support state the amount they will receive is not enough to meet the company’s needs. (58%). 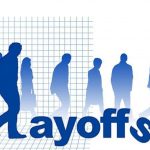 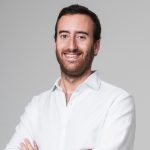 GuestU – the Portuguese startup that’s revolutionising the hotel guest experienceNews
This website uses cookies for a better browsing experience, in continuing browsing you're accepting their use. Read More