Some 48% of Portugal’s companies which responded to a National Statistics/Bank of Portugal Survey said they would not survive another two months without extra cashflow.

Nevertheless, only 3% of companies have made staff redundant or not renewed the contracts, with the vast majority having opted for the lay-off regime.
And the results of what is a second survey last week which received replies from 5,800 companies showed “48% of companies said that they would only be able to remain open for two months without additional cashflow support from the government.
10% reported that they wouldn’t be able to survive for more than a month while the report from the survey highlighted that companies with greater limitations are SMEs in the worst affected segment: accommodation, restaurants and catering.
Businesses in this segment were most pessimistic in being able to survive more than two months (64%) while those in the energy and industrial sectors were also concerned. (49%)
The numbers reflect the fragility of some Portuguese companies, especially the smaller ones in sectors that have been particularly hard hit by the pandemic.
However, not surprisingly just 28% of larger companies quizzed stated they would not be able to weather the storm for more than two months.
In terms of signing up to the Government’s lay-off regime, 51% adhered to the simple regime, more than the 48% which signed up in previous weeks.
“The largest proportion of companies signing up to simple lay-off was noted among micro-companies, particularly in services sectors but despite 40,000 staff in lay-off, 82% of Portuguese companies had by last week maintained production or were functioning even if partially.
16% of companies are temporarily closed but just 1% went under from the companies that responded to the survey last week. 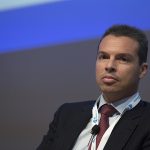 Indico and Google launch startups programmeNews
This website uses cookies for a better browsing experience, in continuing browsing you're accepting their use. Read More