The Prime Minister has sided with Portugal’s banks over tough lending criteria for State-backed loans during the Covid-19 crisis.

“The money must be distributed prudently because we’re dealing with tax payers’ cash, otherwise tax payers will call us out to give an account of how their money was spent” he said.
There had been recent criticism levelled at the banks for being to slow to act in deciding which companies receive the state-backed loans announced by the Government in March, and mounting pressure for them to speed up application processes after Portugal’s Industrial Confederation (CIP) said earlier this month that according to its survey only 3% of applicants had received support from the Government via the banks.
“State guarantees mean that the guarantees that tax payers are contributing are loans. Loans are the same as money being distributed, it is money contracted and it is very important in terms of the recovery that all have the confidence of where their public money is being spent” said the Prime Minister on Tuesday.
António Costa said that the banks were the vehicle of transmission for this money for the economy and added that the banks should be strict regarding loans and ensure that it went to viable companies that were in crisis now because of Covid-19 rather than prop up unprofitable companies with tax payer’s money.
“Which is why it is natural that the banks want to know the economic situation of these companies and their economic viability. The money has to be distributed based on criteria and transparency. It should not be the Government which decides which company to help and which to not. The banks should make this evaluation and take the decision,” António Costa concluded. 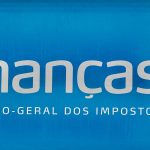 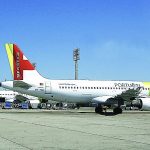