The President of Portugal’s Public Finances entity, Nazaré Costa Cabral warned this week that the amount the Government were pumping into Novo Banco could cost more than the €3.89Bn in loans from tax payers money as part of the Resolution Fund.

The normally tight-lipped Council for Public Finances (CFP) has, for the first time, admitted that the bank could effectively be black hole for “additional cash of an unknown amount”.
Moreover, Novo Banco and the Resolution Fund are in a “legal dispute” which could also result in losses for the public sector says the institution led by Nazaré Costa Cabral.
The warning was in a study “Economic and Budgetary Perspectives 2020-2022’ which was released on Wednesday in which the CFP states “The Portuguese State is subject to obligations under the Novo Banco Capital Contingency Plan up to a maximum of €3.890Bn”, in that the “impact for 2020 has reached €1.035Bn (an amount above the €600 million foreseen in the State Budget proposal for 2020), the payment having been made on 6 May.
Which means, that the amount of capital already injected into the bank this year from public funds in the form of a loan and during the Covid-19 pandemic has reached that €1.035Bn, which represents an overspend of around 70% on what had been approved by Parliament in the State Budget 2020 and also exceeds the maximum annual amount foreseen of €850 million.
The CFC also states in the report that this year’s recession could provoke an economic contraction of 12% in the Portuguese economy with unemployment reaching 13.1% of the working population, Portugal’s debt reaching a new historic high of 141.8% of GDP and the public deficit reaching 9% of GDP or more.
The CFP admits that the Government could be hit with a budget spending overspill of as much as €4.5Bn as a result of the budgetary impact from specific measures on the revenues and expenses side to help companies, public health and families of between 1.5% and 2.4% of GDP costing 140% more than the Government had projected. 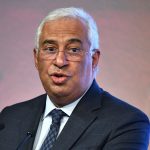 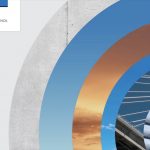 Mota-Engil nets €115 million Angola contractNews
This website uses cookies for a better browsing experience, in continuing browsing you're accepting their use. Read More