Efacec nationalised to save 2,500 jobs

The electrical machinery company Efacec has been nationalised by the State in a bid to save around 2,500 jobs.

The decision was taken at a meeting of the Council of Ministers on Thursday and immediately signed off by the President of the Republic.
Founded in 1905, it was the first ever Portuguese company to be listed on the stock market in the 1960s, Efacec exports industrial machinery and tools to over 65 countries.
While struggling to keep orders during the Covid-19 crisis, like many companies, the final nail in the coffin for the company majority owned by Winterfell 2 Limited was the disgraced Angolan tycoon’s involvement.
Isabel dos Santos held a 71.73% share in Efacec held via Winterfell 2 Limited and whose assets were seized by the courts as a result of Luanda Leaks which created a “shareholder deadlock” which put the company’s survival at risk.
The Minister for the Presidency of the Republic, Mariana Vieira Silva in a press conference said, “The intervention of the State is to make the continuation of the company viable, ensuring its financial and operational stability and to save around 2,500 jobs.”
Portugal’s Minister of the Economy, Pedro Siza Vieira said that the company was essential for Portugal’s (green and low carbon) energy transition and re-industrialisation process.
While making a €20 million loss by the peak of Portugal’s economic crisis in 2015, the company has steadily returned to increasing profits in recent years and by 2018 registered results of €14.6 million by 2018.
In October 2015 Winterfell Industries acquired the majority stake of Efacec Power Solutions. Efacec previous shareholders José de Mello Group and Textile Manuel Gonçalves became minority shareholders and new corporate bodies were elected.
Focused on the electrical energy sector, Efacec manufactures transformers, switch-gears and other power products and has increasingly been involved in renewable energy technologies. 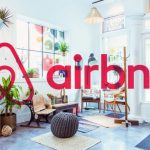 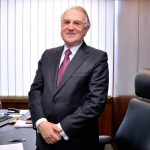 Riding the stormBanks, In Focus, News, Recommended
This website uses cookies for a better browsing experience, in continuing browsing you're accepting their use. Read More