By Essential Business
Posted 21 Setembro, 2020
In Companies, Economy, News
Association says Portugal has slid back a decades in terms of exports2020-09-212020-09-21https://www.essential-business.pt/wp-content/uploads/2018/04/essential_newlogo.pngEssential Businesshttps://www.essential-business.pt/wp-content/uploads/2020/09/presidente-aep-lus-miguel-ribeiro-1060x594.jpg200px200px
0
0

The President of Portugal’s Business Association (AEP) warns that the capacity for Portugal’s mostly small and medium size companies to internationalise and export goods and services overseas has slid back at least a decade because of the Covid-19 crisis.

Luís Miguel Ribeiro says that Portugal’s companies have more capitalisation problems than ever and cannot find strong funding support, although he believes that the new Portuguese state-owned investment bank Banco de Fomento will help but advises that a “fiscal shock” is necessary.
In an interview with Jornal Económico, he explained that after a first phase in which the Government’s policies to combat the economic chaos caused by the pandemic were widely accepted by most employers’ organisations, the end of the simplified lay-off marked the “before” and “after” of this agreement.
From then on, associations started to give a voice to companies that thought that the end of the simplified lay-off was a step backwards in defending companies, employment and new job creation.
The Government, says Ribeiro, has not been sensitive to these arguments — or, at least, not sensitive enough — and an environment of tension has re-established itself between the two sides.
Luís Miguel Ribeiro, president of the Business Association of Portugal, gives voice to this discontent. And he warns that the tax burden is the most evident symptom that companies are not in a fit state to recover.
The result is an inability of Portugal’s business network to respond favourably to a call to kick-start the economy.
That, recalls Luís Miguel Ribeiro, has no scope to regain one of its main characteristics prior to Covid-19: its export capacity, which, he says, has gone back to EEC pre-accession levels in 1973.
Hope, or part of it, now lies in the new Banco de Fomento – a never-ending saga that, according to the Government, finally has an end in sight. It remains to be seen what by margin Prime Minister António Costa and Minister for the Economy, Pedro Siza Vieira are prepared to go in that direction. 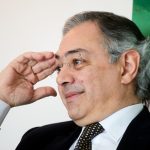 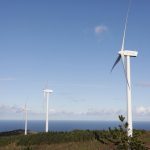 EDP Chinese shareholder on US blacklistCompanies, Energy, News
This website uses cookies for a better browsing experience, in continuing browsing you're accepting their use. Read More