Portugal’s Golden Visa scheme needs a major makeover to make it relevant to the Portuguese Government, the country’s investment needs and the current economic climate says a leading property developer in US magazine Newsweek.

José Cardoso Botelho, Managing Partner of Vanguard Properties (pictured right with managing partner Claude Berda) says that the Golden programme needs a facelift.
“One of the measures we are proposing is a change of name. The actual name of the programme is not Golden Visa but Authorisation for Residency through Investment (ARI) but for some reason Golden Visa has stuck, which I feel is quite negative. I would suggest changing it to SMART Visa,” he said.
“In a country like Portugal, what we need are smart investors and smart money. People who are willing to come to live and invest in new ideas,” he adds.
At the same time, the man who heads Portugal’s largest luxury property development company says there is a discussion in the government with the left wing parties about whether tourism has contributed to pushing up house prices in Lisbon, forcing locals to abandon the city centres of Lisbon and Porto.
“I think that discussion is biased, and the numbers do not bear that out. In Lisbon, for example, looking at the census from 1980 to 2012, 260,000 people left the centre of Lisbon,” he says.
And points out, “This trend started well before the Golden Visa program which was launched in 2012. So there must be other reasons, and one of them is the lack of new build offer for rental or purchase. Our idea is that since we want the wealthiest to come to Portugal, we could easily increase the minimum investment amount in the investment options set out in the program with two conditions: One, for example, is: increasing the minimum investment in property from 500,000 Euros by 250,000 Euros to be applied to a Science and Technology fund”. “Second, new investors should only be allowed to buy properties with B or higher energy certificates, which also is in line with the Government’s policy towards energy efficiency
in real estate,” argues the MD of Vanguard which is behind the luxury living village developments at Comporta in the Alentejo tipped by US publications to become the Hamptons of Portugal.
Third, the other option, says Botelho, would be that the applicant could keep the basic upfront 500,000 Euro investment during the mandatory investment application period of five years, on the condition that the property is rented out below market price for that period, which is the duration of the Golden Visa.
“The reason I’m proposing this is because what we’ve been seeing, in most of the cases, is that people are not looking to make a profit on the property, what they actually want is the Visa itself and the possibility to apply for a Portuguese passport at the end,” he explains.
Another relevant aspect José Botelho stresses regarding the importance of the visa is that the statistics only reflect the initial upfront investment and not any further investments in business or property that the applicant may well make further down the line.
“There is no way of knowing the exact amount of investment that may come in indirectly from the Golden Visa programme as investors also buy into industries and hotel establishments for example,” he concludes. 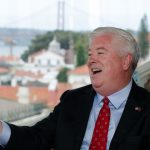 Don’t tell us what to do Portugal tells US in China trade rowBusiness, Companies, Diplomacy, Exports, News 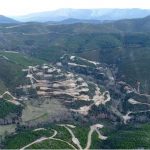 Savannah looks to mine 30,000 tonnes of lithium from 2022Companies, Economy, Energy, Environment, Industry, News
This website uses cookies for a better browsing experience, in continuing browsing you're accepting their use. Read More