The strategy outline designed by Professor António Costa Silva rests on 10 guiding pillars which inform the options and priorities that will guide economic recovery after the devastating economic effects of the Covid-19 pandemic.
From this outline, shared with ACL members at a luncheon held at the Hotel Sheraton, the Government will present a Recovery Plan to the European Commission which will influence the allocation and use of available EU funds.
António Costa Silva said that the Portuguese economy could fall by as much as 12% by the end of 2020 and suggests a set of proposals for different sectors of the economy.
“There is no point being under any illusions that the health crisis caused by the pandemic brings with it a deep economic recession of global proportions that will deeply hurt Portugal’s economy,” he said.
In what Costa Silva termed one of the “worst crises” in Portugal’s history, he warned that the financial situation of many companies was already “deteriorating significantly” and added that he believed it is vital to have “an aggressive programme on the ground to prevent the collapse of profitable companies.”
In the ACL’s first live event since the State of Emergency was announced back in March, and chaired by ACL President Patrick Siegler-Lathrop and moderated by renowned lawyer Pedro Rebelo de Sousa, Costa Silva outlined the main proposals handed to the EC.
These included, a sovereign fund and a development bank to support companies, the latter being called the Banco do Fomento which will be up and running to help companies by the end of this year.
The sovereign fund is aimed at export-based companies since, as the Government consultant argued, many of seriously undercapitalised with cash-flow problems. It is therefore essential to create the conditions for bolster equity through appropriate fiscal and financial policies.
The fund would be “public-based with capital and quasi-capital, open to private funds, for co-investment operations and aimed at Portugal’s exporters and a potential for exploitation of scale.”
The Banco do Fomento (Development Bank) will define a clear matrix of the operation around company segments with a greater dragging capacity and not in a logic of taking on risky operations that the current financial system cannot currently take on.
“Portugal must invest in networks of cultural and artistic creation equipment and in areas that have not been sufficiently explored in terms of Digital Culture – one of the sectors which has suffered the most during the health and economic crisis,” he said.
“We will have to go through the decentralisation of cultural activity, the creation of network work and focus on “the new generations and emerging talents,” he said.
Costa Silva described the creation of a public fund for digital creativity, for “innovative projects that combine art and technology,” the setting up of “creativity and digital art incubators” with links to universities and technology centres.
The ‘recovery Tsar’ also spoke of the importance of boosting investment in the Defence economy cluster because it would act to leverage Portugal’s technological development.
The consultant told ACL members that today this cluster already represents around 3% of Portugal’s GDP and involves the Armed Forces Technological Centres, with a network of national and international companies, universities and research centres and also involving some 200 export companies and covering aeronautical, space and defence industries.
In terms of Portugal’s position as an Atlantic facing nation, member of NATO and the EU and its strategic economic relationship with the United States, Costa Silva said that Portugal needed to reinforce its geopolitical position in order to become an Atlantic player, not just a European one.
“The objective here is to transform Portugal into an average power of ‘soft power’, linking diplomacy, the international solidarity missions of the Portuguese Armed Forces, technology and the need to combat global threats, to pave the way for creation of collaborative platforms that can solve problems and open new avenues for geopolitical and economic cooperation”, reads in the document prepared by the manager António Costa Silva.
Among other areas broached were the creation of clusters to develop the interior of Portugal, the setting up of a centre to manage natural hazards and waste, people-centred investment programmes for social housing, to combat poverty, unemployment and social exclusion, a resumption of Portugal’s high-speed TGV network to link Lisbon and Madrid and Porto to Vigo and include goods train branches to the Port of Sines and other key industrial centres.
Lisbon’s new international airport would also top the agenda, as well as a major overhaul of the country’s justice and tax systems to make them fairer, fast and forward reaching to serve a 21st century economy.
Also discussed was the Portugal Repara Programme which aims to “provide incentives for equipment repair, aimed at facilitating the connection between consumers and repair service companies, taking advantage of synergies with service points spread over the territory and existing logistics networks”.
Costa Silva also suggests a programme of direct financial assistance to retail SMEs that promote and offer national products.
The plan also places emphasis on the digital and AI economies, including 5G networks. “I believe strongly that Artificial Intelligence and Digital can impact in a way that is 10X more effective than the traditional industrial manner.”
Patrick Siegler-Lathrop asked if Portugal had the capacity to absorb the huge €15Bn funds from the EU and apply them “intelligently” and in a way that “benefits the entire country” and its needs.
The Recovery Tsar said that Portugal had to learn from its past mistakes and here the key issue in the document is the Strategy for the Innovation and Modernisation of the State and the Public Administration and use the allocated funds to modernise and innovate, giving the example of a Virtual Citizens Shop which would serve as a unique interface between the State and users.
On Portugal’s dependence on tourism, the consultant said that Portugal needed to look at developing tourism sectors in parts of the country that were not fully developed, such as nature tourism. 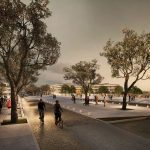 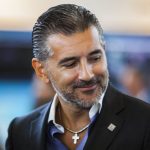 Altice in investment threat over 5G auction rulesCompanies, Infrastructure, Investment, News, Telecoms
This website uses cookies for a better browsing experience, in continuing browsing you're accepting their use. Read More