Ant and Dec paid €3 million each to purchase property in the Algarve’s The Keys development, a real estate project from Birchview which went bankrupt during the last financial crisis, leaving a trail of debts behind it worth €307 million owed to Portugal’s public-owned bank Caixa Geral de Depósitos. The Keys development has now been bought by a Brazilian group for €95.4 million.
The investment in the Algarve’s The Keys went sour for the three UK TV stars who paid around €7.3 million, each buying a house in the development from Birchview which went under without even competing the planning permission process for the project.
Anthony David McPartlin and Declan Joseph Donnelly – better known as Ant and Dec – Britain’s Got Talent presenters, are two of the Birchview creditors who are claiming €5.6 million because of the purchase promissory contracts that they signed, to which has been added around €1.5 million in interest and compensation.
They had paid for two houses, one with a covered pool and another underground, as well as a cinema, bar and other luxury amenities.
Another British TV household name, Phillip Schofield had his fingers burnt to the tune of €1.6 million which he had paid for his house in The Keys. Now he is claiming a further €169,000 in interest and €500,000 in compensation.
Another 15 investors also lost millions when they signed ‘on plan’ promissory contracts to buy luxury properties at The Keys, but are unlikely to see a red cent back from their failed investments.
Other losers in the failed investment include the Portuguese tax authorities which lost €1.1 million in lost taxes, and the State-owned bank Caixa Geral de Depósitos (CGD) which had lent and lost €307 million on the project.
The project was put up for sale in September for €95 million and adjudicated to SRESPX Investments.
The deadline for the presentation of tenders to buy The Keys was up on 3 November, the liquidation administrator appointed for Birchview accepted and awarded the sale operation to the sole applicant SRESPX.
SRESPX signalled its intention to buy with a downpayment of 5% of the total value, or €4.77 million which haS already been deposited in the Birchview insolvency account.
The purchasing entity’s sole administrator is Rogério Estevinha Xavier, founder and head of the Brazilian capital fund SPX Capital, one of the largest independent fund managers in Brazil, with offices in São Paulo, Rio de Janeiro, London, New York and Washington, and which has around €6Bn of assets under management.
Rogério Xavier is one of the most respected financial market gurus in Brazil.
The Birchview deal began to sour for Caixa Geral de Depósitos in 2007, when CGD was headed by Carlos Santos Ferreira and Armando Vara as directors.
At the time, the bank’s Risk Department issued a report which argued that the bank would only need to finance 50% of the project, but which in fact didn’t happen. Instead CGD financed 100% of The Keys development.
It was a change of plan that did not go through the bank’s Risk Department and was not backed up with any justification whatsoever according to an expert audit report from EY, and was one of the casino-style lending practices that led to a parliamentary inquiry in 2019 in which no-one seemed to take the blame, not even the Bank of Portugal which should have acted as a financial watchdog concerning this and many other rotten loans from Portugal’s banking sector. 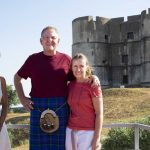 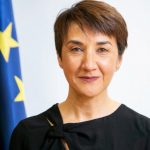 Portugal food exports do well under Covid-19Agriculture, Exports, News
This website uses cookies for a better browsing experience, in continuing browsing you're accepting their use. Read More