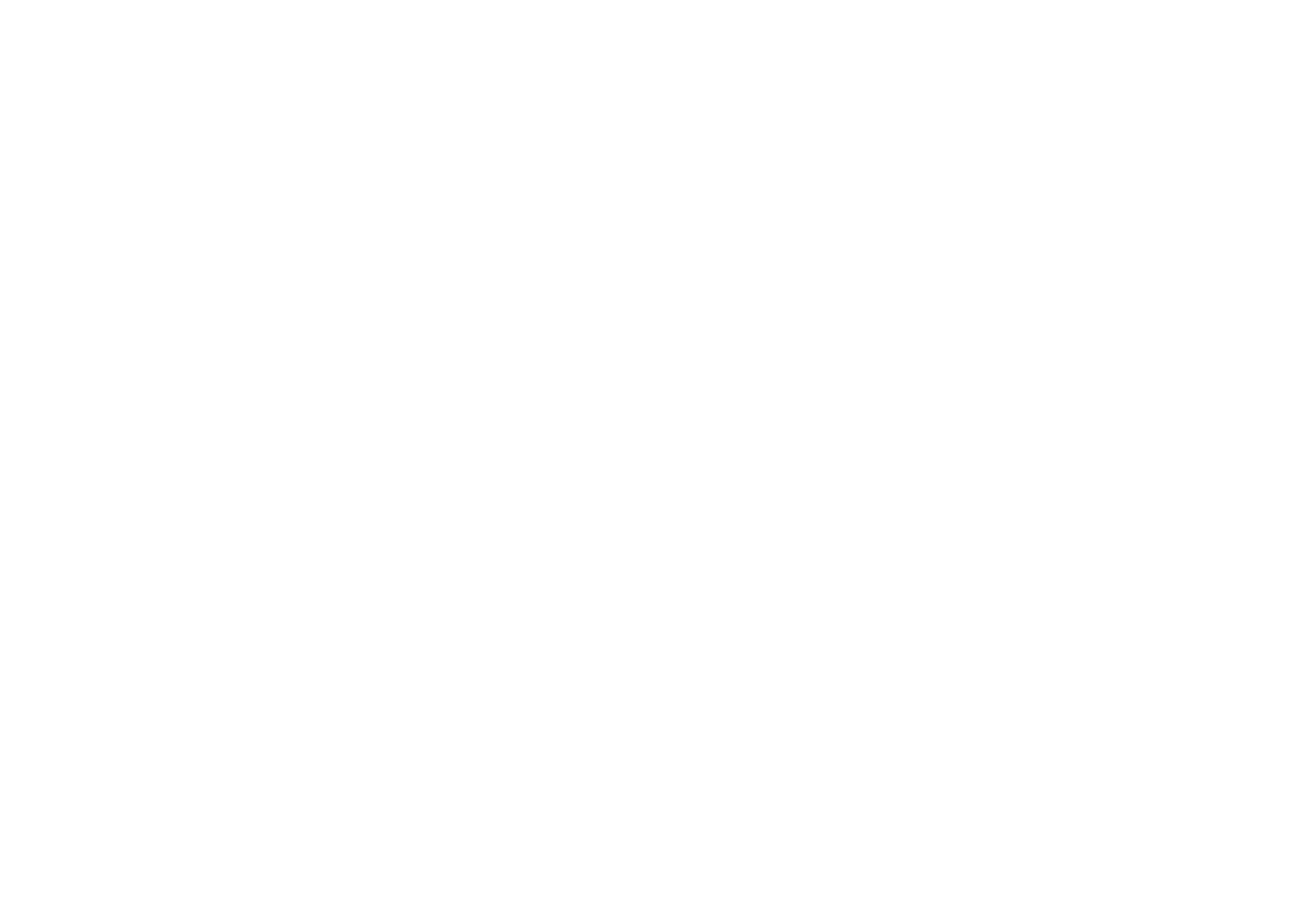 The technology sector is perhaps one of the few areas of Portugal’s economy which has survived the economic consequences of the Covid-19 pandemic intact. The challenge now for Portugal’s growing startup ecosystem, however, remains getting investment capital for growth. In a webinar organised by Faber within the scope of the Web Summit, Portuguese startup entrepreneurs discussed the ‘Present and Future of the Startup Ecosystem in Portugal,’ to talk about building global champions from Portugal (and Southern Europe) and the overall Portuguese ecosystem towards 2021.

Alexandre Barbosa, the Managing Director of Portuguese early stage venture capital investor Faber has a strong belief in the power of venture capital and budding entrepreneurs in Southern Europe.

He points to the increasing amount of cash that had been flowing down to the Iberian Peninsula for investment in innovative start-ups and his company has already pledged €20.5 million in a new fund, Faber Tech II, earmarked for investment in Iberian start-ups.
Nevertheless, Faber joins a small group of those homegrown investors who actually have the cash to help the local ecosystem in Portugal in a reality where too often start-ups cannot find the liquidity to grow at home and are forced to look to the United States, Germany, the United Kingdom and France to find investment.
However, mindset is important and Barbosa says he is convinced that entrepreneurs in southern Europe and Portugal “have a global mindset” and says Faber works hard with such founders who try to leverage the growing start-up infrastructure and ecosystem in the region.
“This year (2020) has been a challenging year. We work with B2B enterprise software companies, and with the challenges to scaling up for Portuguese companies locally, we try to help founders realise that speed is the essence when going from Seed Stage to Series A funding, so as to not lose opportunities in the market,” says Barbosa.
Barbosa points out that from a geographical standpoint, rapidly scaling up to US and other continental markets is vitally important.
“Being directly involved over the past five-10 years in the entrepreneurial startup scene has helped us to mentor a new generation of startups,” he says adding that the Portuguese market is growing in sophistication and that the local support system has gained some critical mass today, despite the current challenging times.
“If we look at the last few years, Iberia has seen the birth of some successful companies that have become global and it is our strong conviction that there are entrepreneurs that want to start from the region,” he aded.
It is Barbosa’s perception that the world is changing with emerging technologies that create opportunities in Data Science and AI, both areas that offer a much better match culturally and in terms of education in Portugal.
There is an application here to match potential entrepreneurs with university level research and leverage the international network, even looking at academic and R&D researchers thinking about launching their own companies to solve specific problems,” he said.
“When we look at the new generation of founders with potential access to multistage capital, the challenge now is to put that capital to work and invest and grow these new companies,” he added.

Lisbon – the right place to invest

Miguel Fontes, Managing Director of Startup Lisboa, a startup incubator founded in Lisbon nine years ago to support founders and ecosystem growth, said that 2020 is a year to forget. “It was a nightmare.”
“What I do see is that we are in a better position now than ever with the right infrastructure, several incubators, great cowork spaces, a good talent pool for mentoring and International companies in and around Lisbon,” he said, adding that although there had been problems in accessing growth capital and smart money, even that was changing in the right direction.
“We are enjoying a great moment of visibility, not only because of tourism, but also because of the Web Summit which has attracted so much attention to Lisbon over the past three years from all parts of the ecosystem,” he said.
“We now have what it takes to succeed. We have more International founders than we had five years ago when it stood at 20% and now stands at 50%. Not only do we have local talent, but also overseas talent and can combine them and attract talent from abroad because of our lifestyle, climate and good infrastructure,” Fontes added.

Start with the problem and work back

Pedro Bizarro, the co-founder and chief science officer at Feedzai, an advanced machine learning technology to manage financial crime for the world’s largest banks, merchants, and processors, said that product engineering was the “heart and lungs” of a company’s development and expansion and here Portugal had an important role as a back office centre for startups that might well be better served in having their sales and marketing offices in larger and more central markets like the US and large European capitals.
“We are a large fraud detection company, and operate in very large and risky places and where the stakes are high. Product is critical for us and our system must be able to work under the hardest scenarios,” he said adding that the founders and other colleagues had all worked in critical and high-performance systems and the main factor was that the core product was good.
“We showcased our prototypes to potential clients and the interest was so high that we had to actually downplay our product to make it more believable,” he said.
“Yes, we have been lucky and happy in Portugal, from which we have created many roads and our strategy as worked well. Today we have offices in London, New York, Hong Kong, Australia and Rio, and we have been hiring from everywhere,” said Bizarro.

The product engineers (Feedzai has 20 nationalities at its Lisbon office) are more flexible on multiple aspects in Portugal. “You have to be a bit of a MacGyver. The Portuguese are more willing to change things, even if they don’t agree with something. Our people are a bit like a thermostat, whereas in the US people are more like a thermometer who are not always willing to work out the imperfections of the system,” he added.
Bizarro stresses that there is a bigger pool of talent in the US than in Lisbon, but also more competition. “It was not easier to get that talent because of the competition in the US, whereas in Lisbon it was easier to get what we needed from that pool of available talent.”
“My advice is to start with the client’s problem and work back to engineering the solution. We need to understand what they want, solve their problems and solve them well,” he said.
Ricardo Oliveira, co-founder and CTO of ThousandEyes, later acquired by Cisco Systems, and which monitors network infrastructure, troubleshoots application delivery and maps internet performance from a SaaS-based platform.
Now in Phase II growth he says that: “we were lucky in that we caught the wave at the right time and were in the right place in Silicon Valley which made a big difference in terms of infrastructure and connections, while culturally, people are very open.”
Oliveira said that the startup got its first 10 customers by word-of-mouth in the US, but later looked at Portugal and other options in Europe but said that the initial phase of the company was very product led with very differentiated technology and solving a problem which was the unknowns of the internet.
“Although Portugal was an attractive location for us, we opted to open our second engineering office in London because five years ago it was easier to attract int talent and flight connections from London to the US and elsewhere than from Lisbon. However, we are now looking to build a team in Lisbon for a new system because Portugal is now an attractive location for building engineering back office teams,” he said.

Portugal and Iberia – a young and learning startup ecosystem

Raluca Ragab – Managing Director, Vitruvian Partners, an international investment firm that supports the most ambitious and talented entrepreneurs and startup companies to achieve their goals and which has footprints in Israel and Iberia, believes that the investment and startup ecosystems in Spain and Portugal are still “young and learning” but are trending high in terms of sciences and have the added advantage of a good general level of English in Portugal.
“The Portuguese are very aspirational in terms of being in a startup when they leave university and the local champions like Outsystems, Feedzai and Sword Health should stand up and identify themselves and talk to the high school students. The mentality in Portugal supports startups but there is more risk aversion and less appetite to investment, so having these role models that have done well identifying themselves is very important,” she said.
Ragab said that the companies that are successful in today’s competitive world need to be global and solving big global problems.
“Iberia is a small domestic market, and it is difficult to really solve and scale from a small market, but it does make you look outwards and be successful on a global scale, so operating in a small market can encourage going global,” Ragab added.
Giving the example of Israel as a market Ragab said, “Israeli companies struggled going to market, even through, like Portugal, Israel has the talent base. Our companies had to go to US to find the sales people. The trouble was in the US is that they had no reference in the local market, inexperienced founders who had no experience or reputation in the market spent far too much time on scaling than going to market because they had a lot of churn, and so wasted time on ramping people up to put the product on the market.”
In other words, founders have to spend a disproportionate amount of time focusing on going to the market rather than bringing in experienced people for scaling globally.

Develop in Portugal – Market in the US

Virgílio Bento – Co-founder & CEO, Sword Health which offers a clinical grade digital solution for Musculoskeletal (MSK) pain, said that Portugal’s talent pool is “amazing” but said that meeting global challenges at a global scale was difficult in terms of scaling up a tech startup from Portugal now than it was four years ago because of the international competition not to mention scaling up from a small geography like Portugal.
He said that the company had chosen Portugal for its core hub for engineering and technology adding that the Portuguese were loyal and access to talent was easier and more constant than in the US, for example, where there was greater competition and hopping from one company to the other.
“The challenge now is that Portugal is not a well-kept secret anymore, and there are other companies now setting up their development hubs in Portugal which is challenging for us, but good for Portugal,” he said.
Above all, Bento said it was important to create something complex. “Our technology and product skills and talent is what makes us special. That big wall that helps you to get to the market, also protects you from the competition. The trick in developing new stuff in Portugal is to quickly to go to the US and get it to market. Start your product development in Portugal and then move to the US and create a sales team,” concluded the Sword Health co-founder and CEO. 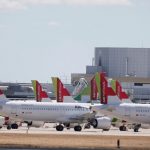 TAP to slash staff and salaries in a bid to save the airlineAviation, Companies, News 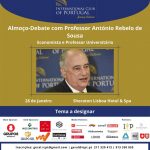