Portugal’s former finance minister, Vítor Gaspar, has warned that while everything should be done to save businesses from the pandemic crisis, governments should keep the receipts.

Gaspar, who currently occupies the post of Director of Budgetary Affairs at the International Monetary Fund, gave his poignant advice when presenting the IMF’s Fiscal Monitor this week.
He was talking at a press conference giving the latest January updates on budgetary policy and referring to Europe, stressing the importance of timely and rapid measures meaning the €700Bn EU ‘bazooka’ rescue package or ‘resilience and recovery fund’ while emphasising the importance of ‘green’ investment as well as digitalisation.
However, Gaspar waned that there needed to be “accountability and responsibility” in the dispersal of funds which would also require the appropriate documentation.
The former finance minister said the crisis would require a re-think of finance rules with countries having to live with much higher debt, but that the fiscal legacy could be borne thanks to lower interest rates.
In other words, he believes that countries should rethink their public finance rules rather than rush to reduce their liabilities.
After the financial crisis a decade ago, the IMF recommended that countries should reduce their debt levels. But Vitor Gaspar, the IMF’s head of fiscal policy, told the Financial Times that the main role of fiscal policy in the immediate future should be stimulative, to help restore economic growth, reduce unemployment and beat Covid-19.
The IMF’s position will provide support for the Biden administration’s battle to pass the new US president’s US$1.9Tn stimulus package in Congress, which amounts to about 9 percent of US gross domestic product. It will also encourage the EU and UK not to worry about their sharp rises in public debt resulting from the crisis.
“We should do everything possible to combat Covid-19, but ‘keep the receipts’, he said, and added “what is at issue now is economic growth and competitiveness” which is why it is important “these resources are well spent,” advising the EU to “find the right balance”.
Late last year the IMF forecast that the ratio of Portuguese public debt as a ratio of GDP would climb to 137.2% of GDP but Portugal received €22Bn in help from the European Union to support Portuguese companies in terms of cashflow, loan repayments and keeping staff employed through layoff schemes.
However, the IMF also predicted that Portugal would no longer be one of the countries in the world with the highest public debt by 2025.
In 2019, before the Covid-19 crisis, the Portuguese State was on a path to reducing its debt, achieving its first budget surplus since 1974, falling one position into fifth place in the ranking table of countries with the largest public debt, now overtaken by Singapore. 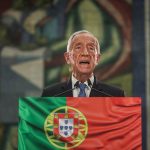 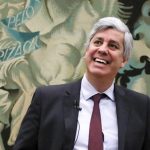