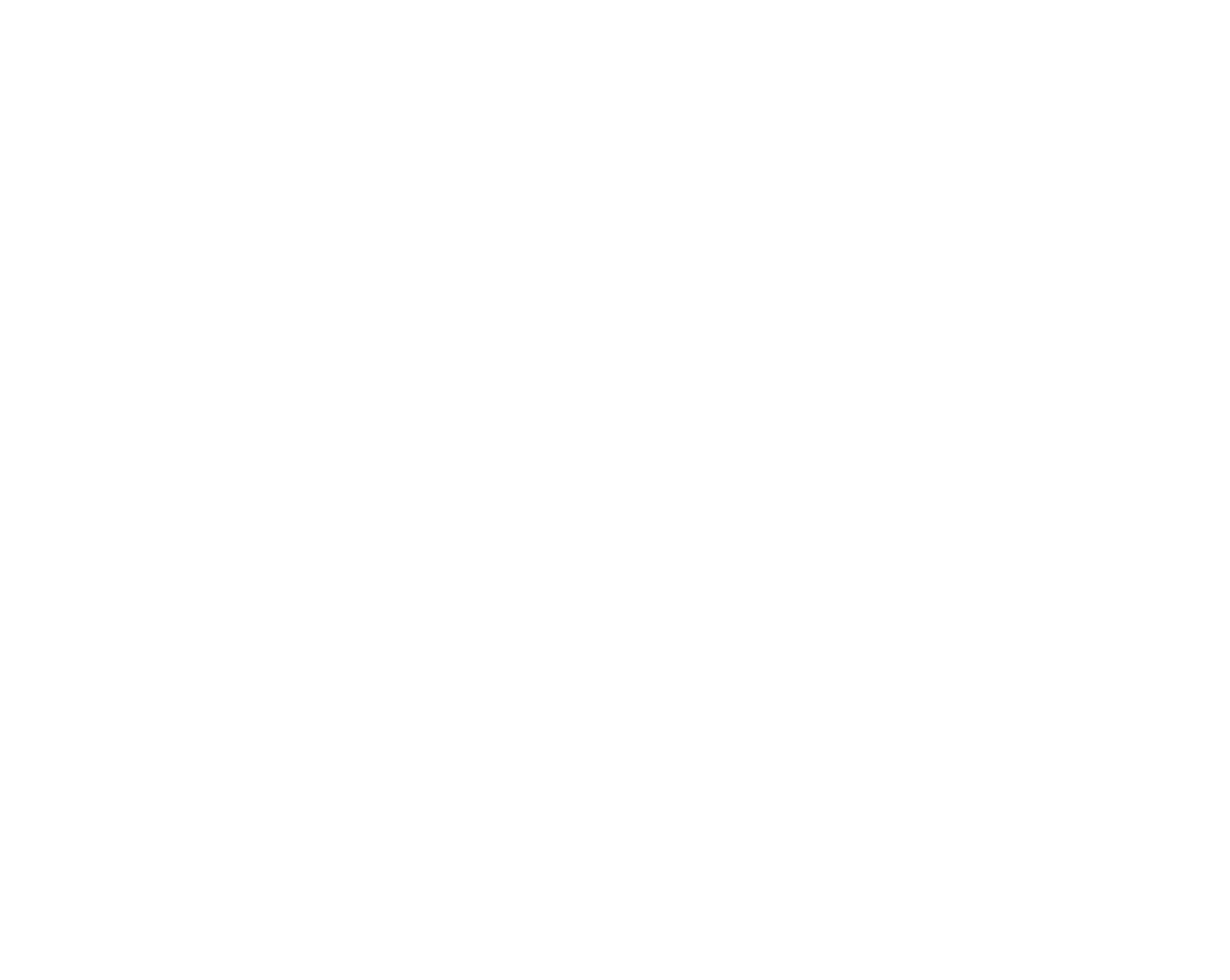 Portugal is not a Monte Carlo refuge for billionaires

Portugal is attracting exactly the kind of affluent residents and investors that reflect the country’s low-profile and refined charms according to one of the country’s most successful and influential luxury real estate developers.

The ‘father of modern luxury golf resorts’ André Jordan said during a webinar organised by the American Club of Portugal entitled ‘The Post-Covid-19 Impact on the Future of Tourism and Real Estate in Portugal’ that Portugal’s luxury tourism property market was secure and unlikely to suffer from bubbles because it had never been speculative.
Tourism represents an important part of Portugal’s gross domestic product having been calculated at between 10-12% of GDP up to 2015, rising to an astonishing 19.9% by 2019.
The tourism sector and travel-related revenues, said Jordan, are also a key source of employment and big component of exports and services.
With the rise of the Covid-19 pandemic has created “so many unknowns” for the future of tourism, retail shopping and other sectors.

Jordan said that a property boom in cities such as New York, London, Paris and Berlin “ground to a halt” as a result of the pandemic, with some property markets such as Manhattan at a standstill, while cities like London had been “caught by an excess of construction which has negatively affected the markets”.
Spain and Portugal, whose real estate markets were mainly geared to residential developments, were less penalised because they had a strong overseas market demand and were not the object of speculation.
“There is political opposition to the Golden Visa because of concerns it will overheat the markets in Lisbon and Porto, but in fact there has never been speculation in the real estate market in Portugal,” he said.
André Jordan predicts that a new open-field area heading north from Lisbon will soon be developed — in fact, there are over 50 projects expected to change the face of Lisbon and its outskirts by 2030 – but explained that Zoom webinars and meetings meant that many companies had realised they no longer would require such big office premises for staff, or need to hold conferences and conventions quite so regularly, which would become superfluous in some cases and with it a reduction in “the perks of travel”.
“Cheap air travel was an enormous boom to tourism, with lots of people in Portugal taking cheap flights, including home owners in Quinta do Lago arriving by easyJet,” he said.
Air travel and pollution, Jordan thought, was a “delicate issue” and one he grappled with as vice-chairman of the WTC when trying to find more sustainable and less polluting solutions, while the designer of the gated luxury residence golf estate concept questioned the realistic role of TGVs in terms of tourism and business to Portugal. “You can’t travel to Portugal, really, except by plane, you certainly don’t want to be taking long train journeys by train or electric car over thousands of kilometres,” he said.

Jordan said that Portugal has “some corruption,” but nothing like the corruption in Brazil. “It’s easier to work in Portugal because people are more honest” he said, adding that those bankers that had gone under amid corruption allegations in Portugal are “finished and shunned by society and won’t get a second chance.”
“Property has always been an investment for use or income. However, all markets, as far as residential and office construction, show that the Covid-19 pandemic had a sudden a profound effect because distance working from home made people want to live and work in a space that provides comfortable conditions for work with contact with the outdoors,” he said.
Jordan said that this has affected offices, which have become less necessary, and also transportation. The consequences of the pandemic is now provoking structural changes in construction and real estate which had not been seen for many years.

Not a playground for billionaires

Jordan says that what needs to be done now is for legislation to be put in place to provide cheaper, subsidised housing for the lower and lower middle classes and part-financed by construction licence fees. “Portugal is not Monte Carlo, we can’t just have all luxury housing and turn it into a refuge for billionaires.”
“Billionaires don’t want to come here because it’s not exciting. We just get wealthy, civilised people, and those are the ones that are really compatible with Portugal” adding that the French had now discovered Portugal. “A French millionaire told me, I didn’t realise how civilised Portugal was, now I don’t have to go to Morocco anymore!”
André Jordan says that in the 70 years in which he had been actively involved in property development, in various markets, he has never witnessed such sudden and profound changes as the ones now influenced by the Covid-19 pandemic.
It is easy, he says, to see how this process is affecting not only the construction and real estate sectors, but also commerce, transportation, travel and even healthcare and eduction and this also extends to SMART cities.
“SMART cities are the way forward, as you cannot go back and preserve methods of work and city management models that are obsolete,” he said.
Portugal popular despite pandemic

Yet, he says that in spite of the ravages of the pandemic in Portugal, which has had high case numbers, there has been a “rocky reaction” from the authorities in Portugal and overseas with dealing with it.
“Despite all the uncertainty, overseas people are still moving to Portugal and almost ignoring the pandemic because they think that Portugal provides the best lifestyle conditions from many civilised countries.
“To continue this popularity, especially post-Covid, will require major promotion and marketing, it has to be a proactive approach, with the tourism industry getting together and planning and Portugal is, unfortunately, not good at planning,” he said, adding “If we all get together, including the private sector, and the sectors work together to be in the forefront of technology and renewable energy, more people will come to Portugal,” said André Jordan.
Technology, he says, will cause important changes for both the construction and the real estate market.
But the tourism sector, which includes tourism, aviation, shipping, hotels, restaurants, museums, concert halls, theatres and shopping is now suffering from the halt of most of these activities under Covid-19.
Jordan asks if companies and sectors will still hold conventions? Will companies still organise meetings in different venues? How will the airlines and airports continue to be affected, and how will the large hotel chains survive? What will happen to the large convention centres, how will the theatres cinemas and entertainments sector be able to keep their doors open?
“The financial dislocation and the unemployment resulting from this situation are enormous challenges for governments and society.
“Spectator sports, which in recent decades have evolved into a multi-million dollar business are shut down, it is shocking to see games and competitions in empty stadiums without the sound of the enthusiasm of the crowds,” he says.

Covid, says André Jordan, is presenting tremendous challenges to the financial institutions that have invested in sports and leisure buildings. The lockdowns have restricted access to retail shops and shopping centres, as well as the financial institutions and entities that have invested in all these buildings.
Climate change, an absolute imperative for the world as we know it, will generate giant investments in technology, creating energy that requires much less human intervention and causing massive unemployment. “It will be a great challenge to create the means of survival and occupations”.
The robotisation of manufacturing is another challenge, with Stephen Hawking once predicting that the robot would act by itself without human input. “I can’t quite see that new jobs will be created to replace the obsolete ones now done by machines,” he said.
“I have dedicated my working life to creating civilised and environmentally friendly communities in the Algarve at Quinta do Lago, at Loulé and Vilamoura and Belas Clube do Campo, near Sintra. They are all eloquent proof of the success of our efforts in social development and prosperity for the local population.
“But I am afraid our grandchildren will not be able to enjoy the standard of living that we have, but they might possibly have a happier life because there’s a lot more public spirit in this new generation than in ours,” he remarked.
However, Jordan says he is very distraught to see how very little concern or foresight there is about how to deal with this in the future.
“It seems to me that this attitude that everyone will just get vaccinated and we’ll be back by the summer to how it was before is naive. I sincerely believe that that it’s not the case. It is not that I’m pessimistic, humanity is able to find new solutions and deal with these situations, but I think there’s too much inaction in relation to how to deal with the future, and just to say, by the summer everything will be ok when structural changes are happening before our eyes is misguided,” said Jordan. 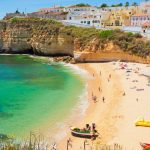 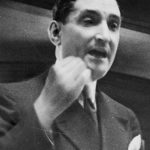 Portugal in worst economic crisis for 150 yearsCovid-19, Economy, News
This website uses cookies for a better browsing experience, in continuing browsing you're accepting their use. Read More