A Lisbon court has blocked an attempt by low-cost airline Ryanair to make six staff redundant from their jobs at the airline’s Lisbon base.

The National Union of Civil Aviation Flight Personnel welcomed the court’s decision against Ryanair calling it “yet another victory” against the airline.
The judge, called the collective redundancies “illicit” on the grounds given by the company, stating that, “regarding the reasons themselves, it has not been demonstrated that there are compatible places that could be filled by them,” and which shows “none of them (the places) were liable to be filled by them, since there were no positions available”.
In other words, the airline argued the redundancies on the grounds that the jobs the cabin crew had been doing, were no longer available, but they could apply for other posts, that simply didn’t then exist.
“Based on the facts laid out, and with the pleas raised, the court passes judgement on the lawsuit and suspends the redundancy decision with an order to reintegrate the complainants,” said the judge.
It means that the six cabin crew involved in Ryanair’s decision to make them redundant, have had the redundancies suspended, at least for the time being, since the airline may appeal.
The union SNPVAC said in a statement,”There is a long way to go, but without a doubt today is a very important milestone for the recognition of the rights of our members and the sovereign law of Portugal, and against a decision that is manifestly unjust, and which today saw an important step in the defence of their rights.”
In January this year, nine cabin crew members based at the airline’s Porto hub who had been made redundant, also won their case at a court in Maia, the judge ordering the airline to rehire them at least until a final legal decision had been made.
The cabin crew had said that Ryanair had not correctly paid the amounts due to them on the grounds of redundancy compensation.
Furthermore, more than 30 ex-Ryanair staff advanced with a joint lawsuit in court to recover monies that could be up to €100,000 per employee related to Christmas and summer holiday pay and days off not taken — meaning the 22 days of holidays that the crew did not have.
In January 2020, Ryanair also lost a case at Lisbon’s Court of Appeal which found in favour of cabin crew staff whose rights, said the court and union, had been “constantly violated for over a decade because the airline refused to recognise Portuguese law.” 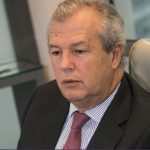 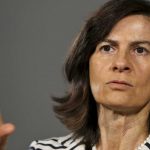 Pension funds grow 5.6% in 2020Funds, News
This website uses cookies for a better browsing experience, in continuing browsing you're accepting their use. Read More