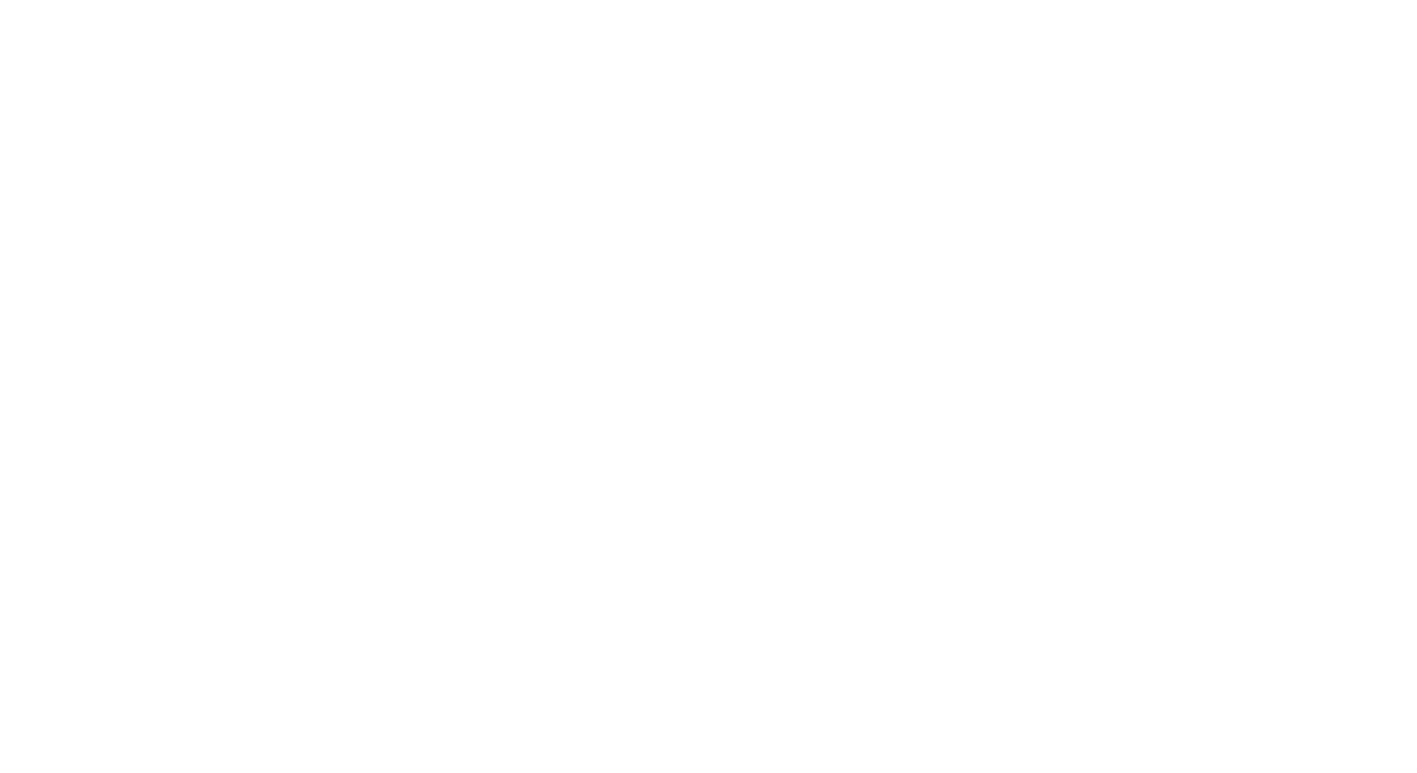 Can the EU and US forge a shiny new relationship from one stained by steely trade disputes?

The excellent trading relationship overall between Western Europe and the United States formed part of the bedrock of the postwar alliance at a time when the world was divided into two camps: communist and capitalist.
However, over the past decade and with the demise in economic influence of the former Soviet Union, and the rise of a state-sponsored capitalist China, the relationship has strained and soured, mired in a range of petty disputes on everything from steel and aluminium, to beef and lobsters.
As Portugal heads the rotating presidency of the European Union Council for the first half of the year, the three priorities are the ‘Economic recovery: Just recovery, Digital recovery and Green recovery; the European Social Model, and the ‘Openness of the European Union to the World’.

With Europe’s relationship with the United States being key to the equation and with the possibility that President Joe Biden may visit Portugal in person to attend the EU-US Summit before Portugal’s presidency ends at the end of June this year, the focus, however, will necessarily continue to be post-Covid economic recovery over the transatlantic economic relationship between Europe and the US, or how both economic and political blocs work with China.
There is no doubt that Portugal’s relationship with the US has been rather like walking a tight rope over the past five years. On the one hand, Portugal, as a member of NATO (it has the General Headquarters of the South Atlantic Regional Command in Oeiras, and there is an US airforce base at Lajes, on the island of Terceira in the Azores) still has a key strategic relationship with the US, NATO (despite NATO’s policy of pursuing a more global alliance) and Europe, as well as an economic one as a member of the EU and euro single currency.
On the other hand, it has negotiated a difficult and often contradictory economic policy path between China, which has invested in key Portuguese companies over the past decade, was preparing to use Chinese Huawei technology in its G5 rollout, and courted Chinese investment interest at expanding its main port at Sines, which China sees as an important component to its ‘One Belt One Road’ policy.

The US – a key trading partner

Then again, the United States is Portugal’s largest trading partner outside the European Union. Bilateral trade in goods and services reached $8.9Bn in 2019, a six percent increase from the previous year.
In 2019, the United States exported $1.72Bn in goods to Portugal, with machinery, mineral fuels, aircraft, and vehicles as the leading products. The United States imported $3.89Bn from Portugal during the same period, with mineral fuels, cork, and machinery in the lead.  The stock of US direct investment in Portugal reached $2.83Bn in 2018, and US companies are significant investors in the technology, banking, pharmaceutical and chemical industries, among others.
Portugal and the United States cooperate in fiscal areas too, and have enacted an income tax agreement to prevent double taxation, and signed an agreement on implementation of the Foreign Account Tax Compliance Act in August 2015, and there is a significant Portuguese diaspora numbering some 1.471,549 million Portuguese Americans and luso descendants stretching back generations.
In fact, no two economic and geo-political blocks in the world have been so integrated and have had such close trading links as the US and EU and Portugal, as the first country in Europe to formally recognise the United States when it declared independence from Great Britain in 1776, has always had a close relationship.

Yet, there is no doubt that the relationship has come under strain over the past four or five years, particularity under the Trump administration, with Europe looking to refresh, if not recalibrate, the transatlantic relationship.
There is no doubt that transatlantic relations are at a low ebb. From Iran to trade with China, the two sides have disagreed and the West has looked split. While the Trump administration clearly bears some responsibility, tensions began to boil up from protectionism on both sides well before, with tariffs on steel and aluminium and disputes over planes, and without a reset under the Biden administration, the US and Europe risk drifting further apart.
A transatlantic agreement will be essential to overcoming the new challenges that the world is facing, exacerbated by the effects of Covid-19 and in order to have a future that is healthier and more sustainable future.
Recently, President Biden outlined some hopes of this at the online Munich conference when he said, “I’m sending a clear message to the world: America is back.  The transatlantic alliance is back.  And we are not looking backward; we are looking forward, together.
“It comes down to this: The transatlantic alliance is a strong foundation — the strong foundation — on which our collective security and our shared prosperity are built.  The partnership between Europe and the United States, in my view, is and must remain the cornerstone of all that we hope to accomplish in the 21st century, just as we did in the 20th century”.
Marjorie Chorlins, Senior Vice-President, European Affairs, US Chamber of Commerce admits the relationship is “challenged, challenging, but nonetheless has potential”.
Rupert Schlegelmilch, Director, The Americas, Agriculture and Food Safety, DG Trade, European Commission likens the relationship to a patient who “is leaving hospital and looking forward to the spring and full of hope after a very difficult period”.
Florian Wastl (Mars), Vice-Chair, Trade Committee, AmCham EU, points out that things are not all “rosy” and “we shouldn’t expect the relationship to go back to how it was four years ago,” but admits there are signs of a “more collaborative relationship”.
Tim Figures, Associate Director, Boston Consulting Group stresses it is an “absolutely critical relationship, with a massive opportunity, but it is also very important to “nurture green shoots and cement the special relationship both for the benefit of the EU and US”.
Marjorie Chorlins stresses that the tensions between the US and Europe had been building for some time, despite the (Transatlantic Trade and Investment Partnership (TTIP) negotiations which would have been, had they not failed, the largest bilateral trade initiative ever negotiated, but stalled in 2019 after the EU Commission declared them “obsolete and no longer relevant”.
“Clearly this was exacerbated by many of the moves the last administration took, which created more of a challenging dynamic that was necessary,” she says.
Chorlins adds there is hope, with the new administration emphasising diversity, experience and relationships, and a nod to multilateralism and a return to the international stage.
“There is the prospect for improved relations, I don’t think it will be without challenge, but there is potential for collaboration.”
Tim Figures warns that Biden has made it clear that the US will not return to the Obama trade era when he was vice-president, but emphasises there is potential around climate, the maintenance of the international rules order and the proper functioning of the WTO overseeing global trade.

But how does business see the transatlantic relationship moving forward? Florian Wastl says that business is “realistic” in what it can expect. “None of the differences that were there over the past four years have gone away. In fact, there are new differences concerning taxes, subsidies and services.”
And this is without mentioning an existing sixteen-year festering trade war between Airbus and Boeing which has been wearing on the transatlantic relationship. Both companies are pioneers in the aerospace sector and key industries for their respective countries, resulting in favourable tax treatment and government subsidies. However, governments have already shifted to a compliant approach as an outcome of WTO proceedings.
“One thing has fundamentally changed, not just the tone from the new administration, but the knowledge that there are bigger and more important things on which the two can work together,” he says.
The other element is China, which is a common partner, but also an adversary on geopolitical and human rights issues. “China will focus minds, both in Washington and Brussels and make it easier to get things done,” he says.
Rupert Schlegelmilch, Director, The Americas, Agriculture and Food Safety, DG Trade, European Commission points out that there are still lingering disputes on steel and aluminium, and it must be possible to resolve these on aircraft since compliance measures have been taken and the real issue is how to deal with the new entrance in the market of the Far East and China.
“Regarding aluminium and steel, this was a national security-based tariff which we think is very difficult to accept because there is no national security threat and the Biden administration seems to concur with that,” says Rupert Schlegelmilch.
The European Union’s ambassador to the United States, Stavros Lambrinidis, has already called on the Biden administration to immediately lift tariffs imposed on steel and aluminium imports from the EU and to work to settle the longstanding dispute over aircraft subsidies.
Lambrinidis told an online event recently hosted by the US Chamber of Commerce, that Brussels was ready to work with the United States to strengthen the transatlantic trade relationship and had no desire to erect a “Fortress Europe”.
Overall, it seems that on one area all the trade experts agree. The days of a big TTIP style trade deal are over, with Florian Wastl suggesting that more smaller trade deals in different sectors should be expected.
Using the example of the contentious lobster dispute, where the EU agreed to eliminate EU tariffs on lobsters in return for lower US tariffs on a range of EU exports, he lamented “the days of TTIP are gone and will not come back.”

This article is based on the first of five LiveTalk webinars which have been organised by AmCham Portugal and its AmCham partners in Europe as part of the commemorations of the 70th anniversary of the founding of AmCham in Portugal in 1951 and Portugal’s presidency of the European Council to June 2021. AmCham EU intends to take an active part in rebooting transatlantic relations, building a new strategic partnership with tangible results. The event was moderated by Roger Coelho, Senior Policy Director, AmCham EU. 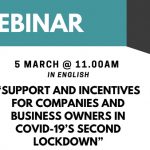 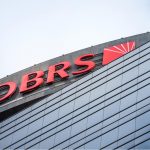