Portugal’s Grupo Castro is to develop a €75 million resort near Braga which will have the largest waterpark on the Iberian Peninsula.

The mega resort project is from the family office run by Paulo Castro, CEO of the Castro Group and his father and brother of José Castro & Filhos, a building firm that owns 50% of the Quinta da Torre complex.
According to Jornal de Negócios, the developer explained that the development of the project would be done “in phases” and be carried out over the next four years.
“The first stage corresponds to infrastructure works that have been costed to around €5 million. Then work will begin on tracts of land which have been earmarked by the council for economic activities – commerce and services — with works starting when final planning permission has been granted.
Paulo Castro, who is also a shareholder in Media Capital, the owner of TVI and Rádio Comercial, foresees an investment of €20 million.
The last phase of the project will take place within a period of two years after the infrastructure has been laid, and corresponds to tracts of land destined for leisure facilities and equipment and will take up most of the investment for the ‘Aqua e Adventure Resort’ (Water and Adventure Resort).
The resort, which will include a hotel and water park, will also have other sports and leisure facilities and create around 1,000 direct jobs.
The project will be at Quinta da Torre, in the parish of São Vicente, in Braga on a 33 hectare tract of land. “It is a structured project involving tens of millions of euros and will create 1,000 jobs” one of the developers, Ricardo Oliveira of RSO Architecture told the local newspaper MINHO. 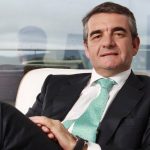 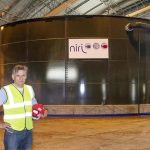 Norwegian entrepreneur to salmon farm in PortugalAgriculture, News
This website uses cookies for a better browsing experience, in continuing browsing you're accepting their use. Read More