The Portuguese luxury online fashion platform unicorn Farfetch has been caught up in a block trading of shares on Wall Street by Goldman Sachs.

Wall Street is now speculating on the identity of the mysterious seller behind the massive US$10.5Bn block trades undertaken by the Goldman Sachs Group with investors thinking how unprecedented the selloff was and if more block selling is to come.
Goldman sold $6.6Bn worth of shares of Baidu, Tencent Music Entertainment Group and Vipshop Holdings Ltd. before the market opened in the US., according to an email to clients seen by Bloomberg News.
That was followed by the sale of $3.9Bn of shares in ViacomCBS Inc., Discovery Inc., Farfetch, iQiyi Inc. and GSX Techedu Inc., the email said.
Block trades — the sale of a large chunk of stock at a price sometimes negotiated outside of the market — are common, but the size of these trades and the multiple blocks hitting the market during normal trading hours are not.
“This was highly unusual,” said Oliver Pursche, a senior vice president at Wealthspire Advisors, which manages $12 billion in assets. “The question now is: Are they done? Is this over? Or come Monday and Tuesday, are markets going to be hit by another wave of block trades?”
In the case of Farfetch, which is listed on Wall Street, the selloff of a block of 10.5 million shares at US$42 each caused the shares to lose 20% in value, in the company’s greatest share value fall since March 2020. Farfetch shares later recovered almost all of the losses by the close of the session.
The rumour going around amongst traders is that a large fund (or various funds) has been liquidated, or the sell off was made by a family office in difficulties which forced it to sell off shares. 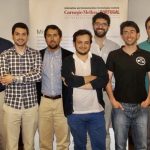 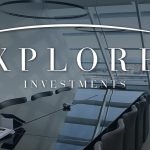 Banks to sell Discovery fund for €400MAsset and Fund Management, Banks, Funds, News
This website uses cookies for a better browsing experience, in continuing browsing you're accepting their use. Read More