The Governor of the Bank of Portugal has warned this week that the likelihood of extending the moratoria is “very, very slight”.

Mário Centeno said that a prorogation of the moratoria without the authorisation of the regulators the European Banking Authority (EBA) and (BoP) would have a ricochet effect on both banks and their customers, with companies and loans marked as “under restructure” and families limited in being able to apply for new loans.
The moratoria will end today (31 March) and Mário Centeno said that solutions regarding difficulties over repayments had to be reached with the banks and by adapting public support mechanisms.
Regarding the banks, the governor highlighted the provisions of €2Bn set aside by the banks in 2020, a measure that he considered to be positive.
Moreover, the total amount of credit within the government’s measures that had enabled the suspension of monthly loan repayments and interest on those loans had, by the end of January, stood at €45-47Bn (personal and company loans).
In a parliamentary hearing, the governor of the Bank of Portugal admitted that around 20% of all the moratoria are at risk of Stage 2 default, or “at moderate risk” (around €9Bn).
Centeno also admitted that he had been in contact with the European Banking Authority (EBA), but says that the chance of the moratoria being extended is “very remote” and added that the possibility of extending them was “not even on the table”.
When the Portuguese Communist Party (PCP) suggested that the BoP extend the moratoria for a further six months, Centeno said that without it being sanctioned by the EBA, this would have a ricochet effect on the banks and their customers.
In other words, these loans would be labelled as “under restructuring”. For the banks, this would mean impairments or NPLs. Families would be labelled as in default and would find it difficult to get credit in the future if any extension were not sanctioned within the framework of an agreement from the European Banking Association.
Centeno, the former finance minister and president of the Eurogroup of EU country finance ministers, again played down the impact of the private moratoria (created by the banks) which comes to an end today and which will mean customers will have to start paying capital and interest on their loans from April.
At the end of February, mortgages on hold because of the moratoria stood at €3.1Bn, less than the €3.7Bn in January.
There are nearly 300,000 contracts in moratoria of which 86,000 will expire today while the average debt of those covered by the moratoria is €65,000 (public) and €38,000 private.
The total amount of family credit both in public and private moratoria is €20Bn of which €17Bn (86%) is from mortgage freezes. 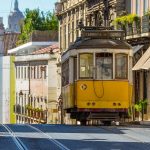 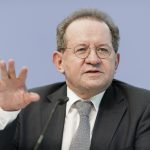 Bazooka not enough says ConstâncioEconomy, EU, News
This website uses cookies for a better browsing experience, in continuing browsing you're accepting their use. Read More