The former president of BPP, a private bank which specialised in managing fortunes, has launched a book in a bid to clean his tarnished reputation in the banking sector.

João Rendeiro was sentenced to a prison sentence over concealing facts to do with part of €700 million allegedly owed to creditors 10 years after the bank went under.
The book ‘In Defence of Honour’ (Em Defesa da Honra) written by the man who ran Banco Privado Português (BPP) was launched in an on-line event on Tuesday, 20 April which included businessman Jaime Antunes who was both a shareholder and client of BPP, Filipe Pinhal, a former director of Millennium bcp, Manuel Ramalho, President of the International Club of Portugal (moderator), Luís Mira Amaral, a banker and ex-minister of Industry, and José Ferreira Martins, entrepreneur, client and shareholder of BPP.
In the book, Rendeiro describes his version of events at the bank which was subjected to state intervention in 2008 and wound up in 2010.
João Rendeiro was sentenced to 5 years and eight months in prison for various crimes of falsifying digital and other documents.
The former president of BPP has been appealing against the charges since 2018 and currently has an appeal lodged at the Constitutional Court.
On 5 June 2015, Rendeiro, Guichard and Fezas Vital were absolved of the crime of qualified fraud.
On 15 October 2018, Rendeiro was condemned by the Lisbon Court to five years in prison with the sentence suspended, but had to pay €400,000 to an institution in order for the sentence to continue suspended and not be carried out.
Four of the bank’s directors stood trial for the crime of having cooked the bank’s books in order to hide its losses.
By falsifying the bank’s data between 2002 and 2008 the court said that the directors had intended to hide the losses at BPP from the Bank of Portugal, the certified public accountant, the market, and the bank’s clients because, said the prosecution, the losses could have resulted in them being fired from the bank.
On 10 July, 2020, the Lisbon Court of Appeal decided to make the sentence against João Rendeiro effective with a sentence of 5 years and 8 months.
At issue in this case — another Portuguese mega case — involving BPP, are seven crimes to do with, among others, the marketing and sale of so-called guaranteed return products by the bank between 2001 and 2008. Banco Espírito Santo had, before it collapsed in 2014, offered customers similar supposedly risk-free products with the result that when the bank collapsed, hundreds lost all or part of their life savings.
The prosecution accuses the senior management figures of cooking the bank’s books over a sum of around €40 million, The court that originally tried the case judged that the legal defendants acted with the ‘intention to deceive’ (intention to commit fraud) and that João Rendeiro, Paulo Guichard and Salvador Fezas Vital were perfectly well aware of concealing Bank of Portugal data.
In an interview with the business title Jornal Económico, Rendeiro explained that he wrote the book to “rebalance the narrative”.
“In the past 12-13 years we had a narrative that was very controlled by the regulators and the Public Ministry and the media circus around this story really was very devastating regarding any other alternative story. Today, enough time has passed for the facts to be revisited in a different light,” said Rendeiro.
The bank effectively collapsed owing creditors €700 million. The list of creditors was established in 2010 but today it is not clear who still are the bank’s creditors, while the banker blames the Bank of Portugal and not the senior management of the bank for what had occurred.
Rendeiro argues that in 2008 there had been a serious financial crisis which led to the failure of scores of banks. In Portugal, he says, there were banks that swept their problems (losses) under the carpet, so BPP was not the only one. 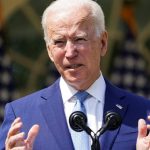 Biden’s massive new deal: who is going to pick up the tab?Economy, In Focus, News 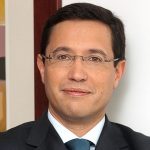 Economy will take one year to recoverAssociations, Companies, Industry, News
This website uses cookies for a better browsing experience, in continuing browsing you're accepting their use. Read More