Portugal will enjoy a much better tourist season this year than last, but it will still be a far cry from the bumper holiday season of 2019.

This is according to the Secretary of State for Tourism, Rita Marques who has welcomed Portugal’s entry onto the United Kingdom’s green list. “The outlook is positive. They are better than they were last year. We had a very difficult year in 2020 and without doubt this year will also be very difficult given that we are already in May and almost half way through the year,” she said.
However, “With the recent opening of the United Kingdom and with the market reacting positively to the news of this opening, we are confident that we will recover some of the activity that we lost last year,” adds the minister.
And continues “we will not achieve close to the revenues of 2019. Nevertheless, if everything continues to go well in terms of the vaccination plan, controlling new strains and digital green certificates, the outlook for achieving revenues of 20-30% above last year’s figures is good.”
In 2020, tourism accommodation accounted for around 10.5 million guests of which 3.9 million were non residents — and 25.9 million overnight stays.
On Friday, the National Statistics Institute (INE) released the preliminary version of its Tourism Satellite Account which outlines a “reduction without precedent” in 2020 in tourism exports, which fell around 50% on 2019.
Furthermore, the Gross Added Value (GAV) generated from tourism in 2020 fell 48.2% compared to the previous year in nominal terms, which compares to a 4.6% reduction in the national economy GAV.
On the other hand, according to Satellite, tourism consumption in the country fell 5.4%. Tourism imports in 2020 registered a reduction of 46.1%, although not as sharp as tourism exports, which the INE says reflects the limitations on International travel.
The comments were made as travel agencies have seen bookings to Portugal’s Algarve region increase by around 500%.
Duarte Correia, vice-president of the Portuguese Travel Agencies and Tourism Association (APAVT) reacted to the announcement made by both the British and Portuguese governments to include each other countries on their green corridor lists.
On Friday, the Portuguese foreign minister, Augusto Santos Silva had also confirmed the government’s decision not to require quarantine for travellers going to and from the United Kingdom.
“The expectations are very great because from the very first day (7 May) of Boris Johnson’s announcement, there were already over 25 flights from the United Kingdom” and various online bookings,” he says.
While not providing concrete statistics, Duarte Correia says that bookings are up by 500-600%. “Demand is in three figures and bookings have shot up exponentially”.
The vice-president of the APAVT says that all online channels are reflecting this increase in demand. easyJet added 20,000 more seats on flights between the United Kingdom and Portugal while Ryanair beefed up its offer by 175,000 seats. National carrier TAP did the same by “considerably increasing” its flights between the two countries in June after having experienced an increase of 119% in demand. 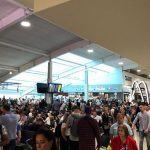 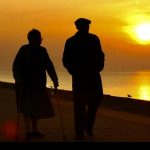 Portugal is the 7th best country in Europe to retireNews, Relocating, Retirement
This website uses cookies for a better browsing experience, in continuing browsing you're accepting their use. Read More