It’s all about thinking “Wow!”

Beatriz Rubio is one of Portugal’s most successful entrepreneurs. A leading light in the real estate business, the CEO of RE/MAX Portugal has just launched her perfume BR ‘Uma Attitude Única’ while in 2014 she led RE/MAX Portugal to receive the award of Best Country in the World from out of all the RE/MAX international estate agent franchises. The entrepreneur revealed the key rules by which she lives her life to the American Club of Lisbon on Tuesday, rules which have guided her on the road to success.

A natural born leader, Beatriz Rubio says leadership is not about having a professional title, but rather an attitude that should extend to all areas of one’s life.
Yes, in 2014 she led RE/MAX Portugal to win the award ‘Country of the World’ from among the global group, but as she says, life is not always about titles, diplomas and awards. It is about stories and people, experiences and embracing life.
But aside from real estate, Beatriz has led a life in many different areas, she has written books — in 2014 she launched her first book ‘Conquistando a Vitória’ (Winning Through’) in addition to coaching and public speaking at congresses, workshops and events around the world.
And the entrepreneur has had a varied career. In 1998 she worked for the Jerónimo Martins Group where she was Head of Purchasing for the Recheio brand.
Beatriz joined the echelons of management at RE/MAX Portugal in 2002 where she was in charge of marketing and finance and by 2009 has worked her way up through sheer grit, determination and passion to become its CEO.
Not only that, in 2011 and 2013 she was the finalist for the Best People Manager in Portugal Award.
Beatrix Rubio has also just launched an eponymous perfume, she does frequent podcasts and during the pandemic she even launched a charitable campaign ‘Motiva-te Portugal’ which has helped many people in tough times.

The RE/MAX Portugal CEO says she has learnt a lot from her children, her two daughters and son, who have taught her to seek her inner beauty which in turn has taught her to see the beauty in others.
Beatriz Rubio says lives by three central maxims. The first, ‘Problems are problems and Happiness is happiness’. You can have both, she says, since they are not mutually exclusive. You can be happy even though you might feel terrible about something bad that just happened.
The second is having the ‘Wow! attitude to life,’ which means living your life to the fullest and expressing it.
Third, ‘Success belongs to those who dare’. Those who fight longer, who dare more are much more likely to win.
During the first lockdown in 2020, Beatriz and her husband Manuel Alvarez decided to go to a small house they own across on the South side of the River Tejo in Lisbon which the family (Beatriz has two daughters Marta and Patrícia and a son Manuel) use as a weekend getaway.
The lightbulbs had blown, so Beatriz, always one for trying the quickest solution, threw all the bulbs into the rubbish and went to a store to buy new ones.
I needed some 14 lightbulbs, some for chandeliers and others for lamps. The sales assistant asked what kind of lightbulbs she wanted: The wattage, the size, the colour temperature and she confessed that she didn’t know.
“A lightbulb went on in my head. I had a sudden insight. People are like lightbulbs; some shine at 200 watts, others at 100, others still at 100, 80 or even 60. And there are people that don’t shine that much. There are people who are just like a lightbulb that went off,” she thought.
“So what makes us stand out and shine at different levels. It’s our attitude. An attitude which the Spanish call ‘Olé, Olé, Olé! Beatriz has a small formula for everything she does in life and calls it her recipe for success: Knowledge + Skills x Attitude = Success.

Born in Zaragoza, Spain, Beatriz is the daughter of a Spanish father and a Bolivian mother. She grew up jumping between the two cultures. Beatriz would study in the school year in Spain and then spend her vacations in Bolivia.
This made her open-minded and she gained a wider perspective from these experiences and made her adventurous. That sense of adventure included learning to fly.
“I almost crashed once because the plane had virtually run out of fuel!” I owe my creativity to having learnt to adapt to living in both environments and cultures,” she says.

Beatriz also lives by10 commandments which she says have helped her to focus on having the right attitude to life. The first is Patience, the second is Dreams.
Patience, as well as dreams are important and inter-linked. “A person may have dreams but must have the patience to draw up a plan on how to achieve those dreams. You cannot spend all your life waiting for the perfect plan, just like you cannot sit around and wait for the perfect man or woman, or expect the perfect son or daughter. That won’t work. You have to have a plan and put it into action because life can quickly pass you by,” says Beatriz.
Another is Awareness. Beatriz says that everything comes from you. You are the one that controls your life. If you want something, you are the one who determines if you are going to get it or not. And you cannot blame others for not being happy or successful. All is down to you.

Innovation is another commandment. Beatriz says you must try and think out of the box. Look for things beyond what you have seen, heard and experienced. Try to spot something different. Finding that difference might be the key to achieving that success in life that you want.
“Just because something has not been done, doesn’t mean that it can’t be done. When my husband went to work for RE/MAX, I got an offer at the same time and accepted the job to pay the bills. The only snag was that the job was in Braga in the north of Portugal. The road was not that good back then, and my children were small (2 years and a 2 month old baby),” Beatrix recalls.
“I had to think about a solution for eating because a small child and a baby can’t make a five hour trip without stopping to be fed. My husband had the idea of installing a microwave in the car. I sought advice from a mechanic and it worked!” Beatriz would do the trip, stop half way, heat up the meals and did that for two years.
And as for Creativity, another of her commandments, the property entrepreneur has a story to tell too.
When she went to the shop sales she noticed women were fighting over a pair of black slacks, even though they must have already had several in that colour. But, since it’s on sale, it must be a great purchase.
Says Beatriz Rubio, “I thought why not bring sales to RE/MAX? That would be a great deal”. And that is exactly what she did, and on that first day of the sales she had organised in 2008 the estate agencies closed at 3am because there were so many people there insisting they would not leave until they had seen every single one of our houses for sale because they wanted one!”
And sales are still something that RE/MAX Portugal does every year from 21 December to 20 February with prices reductions ranging from €5,000-50,000.
For example, in 2020 RE/MAX had 2,000 properties for sale until the end of February that year, including 753 houses, 330 apartments and 690 plots of building land, as well as 37 warehouses, three garages, 150 shop units and eight offices with discounts of up to 46.2%.
And in some places like Albufeira in the Algarve, Viseu in the North and Setúbal where the lion’s share of the properties were located, there were massive discounts on 77, 57 and 50 properties respectively.
In the RE/MAX sales campaign for 2018-2019 the property retail chain saw a sales price turnover of a staggering €543 million.

But being business savvy and intellectually and technologically competent isn’t quite enough. You have to have Charm and Seduction.
“Seduction is important, but that does not mean manipulation. Rather it means creating a fan club for ideas. For those people who will follow you to achieve anything because they believe in you and what you are doing. That is power,” says Rubio.
And when it comes to problems, small or large, they are your problems and you may feel like its the biggest problem in the world because it affects you. And here the RE/MAX CEO dons a big black bin liner to illustrate how a myriad of small problems can compact to become what seems like one big problem that we can’t escape from.
Sometimes you have to have a flexible attitude and break down your problems and not see them as problems otherwise your problems with overwhelm you. Beatriz illustrates this by poking a small hole in font of her nose to be able to breathe, before tearing herself out of the bin bag.
One important attribute is Determination and not giving up at the first hurdle. “To outsiders who look at successful people, they only see the success and think they are lucky. They don’t see the hard work and determination and the road littered with failures and disappointments along the way,” she explains.
“Those who succeed are those who try more. You might not reach your goals the first time, but you must keep going and going and going, and you will get there eventually,” she says.
And with all these keys to a successful life, it would be nothing without Passion. Sometimes we feel tired and think that we can’t go on. But something drives us on and that something is passion meaning we love what we do.
“You have to have passion for what you do, because it is your driver that gives you that extra bit of motivation and energy to take you forward. If you don’t have passion, once you are tired and don’t see a solution you give up, but passion is what makes the difference in staying the course,” she adds.
But above all, no matter your challenges, difficulties and problems, Beatriz Rubio says you should always have Gratitude for life.
“You should really live life to the full and treat every day like the gift that it is. So if you are 55, like I am and have, taking out sleep, 25 years left to live according to the European average, you have to get the most out of life now, be happy and remember it’s never too late to try something new and achieve goals.
“Life is not just about the successes you have achieved and the failures you have suffered. It’s about enjoying every moment to the full, being happy and living in the present surrounded by family and friends,” concludes Beatriz Rubio, the CEO of RE/MAX. 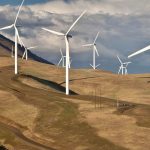 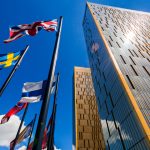