Chinese smartphone manufacturer Xiaomi grew 268% in Portugal in the first quarter of 2021 to become the second most popular Chinese mobile phone brand in the country after Samsung.

The company’s growth included the opening of a country office in Portugal and the appointment of Tiago Flores as country director. Prior to this Flores had spent four years as director of sales for Huawei in Portugal and six years with Samsung before that.
The brand unveiled its strategy for the next few years in Portugal at a presentation in its 2-floor Mi Store at the Colombo shopping centre in Lisbon last week.
This strategy will include marketing more advanced smartphones, as well as the large array of around 2,000 associated products that Xiaomi produces.
The idea is to “double the number of shops” it has in Portugal from 11 to 22. It opened two new shops in May in Coimbra and Leiria as part of an overall strategy to be “closer to the consumer” and by offering “technical support,” says Tiago Flores who adds that the countless number of articles linked to mobility and the home makes it stand out from competitor Huawei, including the way in which Xiaomi manages its own technology ecosystem.
The company has capital share and partnerships with over 300 innovative companies including Google and Amazon.
Keeping prices low is the company’s mantra which since 2018 has committed to “ploughing all of its profits above 5% into keeping prices low for consumers.
In May, the brand which also sells Mi electric scooters in Portugal, launched several other products onto the market, including gaming monitors, televisions (32-55 inches), 4K projectors and top-of-the-range Mi 11 Ultra smartphones.
It also sells wearables, robotic vacuum cleaners, laptops, air conditioners (sales of which grew during the pandemic) and smart watches which are integrated with Google Assistant. Its partnership with Google ( and Alexa) is another important step which makes it stand out from Huawei. 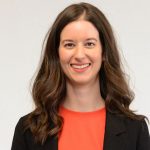 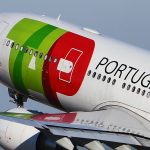 TAP registers losses of €356M for Q1Aviation, News, TAP
This website uses cookies for a better browsing experience, in continuing browsing you're accepting their use. Read More