Around 40% of the Portuguese think that corruption increased in 2020, pointing to bankers, MPs and big business owners as the most corrupt according to Transparency International in its Barometer of Global Corruption.

The report was based on surveys done between October and December last year on more than 40,000 people in 27 European countries with 41% of those surveyed in Portugal believing that corruption had become worse over the previous 12 months.
Only 13% thought things had got better in terms of corruption. In other European countries the perception that corruption had increased varied between 65% by citizens in Cyprus and 16% in Finland.
In Portugal almost 90% think that corruption is a serious problem in the government while 63% think that the government leans towards “some private interests”.
As to the government’s track record on fighting corruption, 60% of the Portuguese think it is poor, 36% think it is good and 0.4% didn’t know or didn’t respond.
A third of those canvassed (33%) pinpointed bankers within a sector in which “most of those involved are corrupt,” while 27% thought MPs and CEOs were the worst offenders.
The corruption stakes also included Municipal executives (19%), politicians (16%), the prime minister (15%), judges and magistrates (11%), the President of the Republic (0.5%) and police (05%)
Overall, one-third of Europeans believe that corruption is getting worse in their country and almost a half think that their government is doing a bad job on dealing with the problem.
Just 30% of those Portuguese surveyed said they had bribed someone to get access to public services, but 48% said they had arranged a “contact” (‘cunha’) they knew directly or indirectly to get something done at a public services level. 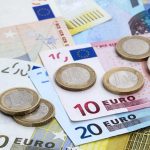 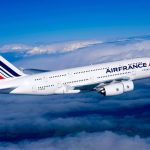 Air France Portugal flights up 25%Aviation, News, Tourism
This website uses cookies for a better browsing experience, in continuing browsing you're accepting their use. Read More