Amazon to up presence in Portugal

The US multinational online retail sales platform Amazon says it is close to making a “long term commitment” in Portugal.

Amazon does not yet have an on-line shop in Portugal, but has translated the site it has for Spain into European Portuguese.
In an interview with online news source ECO, the company said it would “continue to win over the confidence of Portuguese consumers”, making a “long term compromise” with the country.
In January 2018 the newspaper Jornal de Negócios broke the news that Amazon was planning to enter the Portuguese market. Three years later, there has yet to be any official confirmation.
However, the company has taken subtle and specific steps. Last year, the pandemic accelerated the take-up of electronic commerce in Portugal with the country converging with Europe.
The market expanded and the opportunities have gained traction for a large e-commerce company like Amazon. On 27 January this year, Amazon translated its Spanish site into European Portuguese and added various Portuguese brands from Ramirez to Science4you. Later, it translated its app into Portuguese.
For many Portuguese, buying on Amazon is now like shopping on any other online shopping platform.
However, the latest news came on 25 May when Amazon issued its first communiqué in Portuguese stating that Amazon Prime had arrived in the country.
Apparently, many Portuguese have already signed up to the service via the site in Spain and for a monthly fee of €3.99 that subscription for orders includes free delivery, a streaming platform and unlimited photo storage. Before this, Prime Video alone cost €5.99 in Portugal. 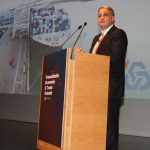