Around 40% of European funds aimed to help make Portuguese companies more productive and competitive in International markets was wasted.

According to a study, 40% of ERDF funds were awarded to companies that were underproductive and didn’t even export overseas.
The weak growth of Portugal’s economy often raises questions about the effective application of EU funds in Portuguese companies.
Fernando Alexandre, an economics professor at the Universidade de Minho, studied the award of ERDF incentive funds between 2007 and 2018 and has now published the findings.
He found that if a percentage of funds (60%) contributed towards boosting investment and productivity, then the truth for the other 40% was there were “inefficiencies”.
The study “Evaluation of Financial Incentives on Companies in Portugal: NSRF (2007-2013) and PT (2014-2018)” used data from the Agency for Development and Cohesion to outline a profile of companies which received EU funding from the ERDF during those 12 years and the impact these funds had in terms of investment, employment, exports and productivity.
One of the main objectives of the incentives is to help SMEs increase their exports. But on examining the numbers, around 40% of the total funds went to companies that only sell in the domestic market (in both the cases of ERDF and NSRF funds.
The selection criteria was “somewhat lax” with companies being considered exporters if they had exported just €1,000 worth of goods.
Nevertheless, 49% of the funds did indeed go serious exporters which sell more overseas than in Portugal.
The manufacturing industry received the largest slice of the incentives both from NSRF (69% of the total) and PT2020 (73%).
This was followed by services (9%) and tourism (8%). On the other hand, the companies had medium or low technological profiles.
“ERDF incentives have been concentrated on low or medium technological capability companies which represent around 73% of the ERDF and PT2020 incentives,” the study concluded. 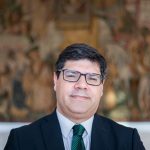 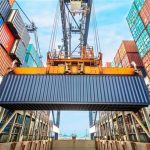 Exports rise 7.2% in 2021Companies, Economy, Exports, News
This website uses cookies for a better browsing experience, in continuing browsing you're accepting their use. Read More