The state-owned Portuguese railways company CP has bought rolling stock worth €819 million in its biggest purchase ever.

The investment aims to “replace obsolete trains,” some of which are up to 70 years old. Announcing the investment, the Minister of Infrastructure Pedro Nuno Santos said that the first train should be delivered in 2026.
The authorisation to launch a competitive tender for 117 electric trains has been authorised in “the largest purchase of trains by CP in its entire history,” said the minister this week at a press conference following a Council of Ministers meeting which would meet the needs of the population.
Regarding this purchase, 62 electric trains will be for urban services: 34 for the Cascais line to replace the current ones that are over 50 years old and 16 units for the Lisbon Metropolitan Area, 12 for Porto and 55 for regional services.
As to timings, the first train should be delivered in 2026 with a further three per month to 2029.
“Unfortunately, trains take time to be manufactured not to mention the time needed for the public contract process,” said Nuno Santos.
“By launching the competition in 2021, we will be able to make a choice and award the contract at the end of 2022 and it will take three and a half to four years before we take delivery of the first locomotive,” he explained.
In what he called a “historic day” for national rail travel, Pedro Nuno Santos said that a further 22 rolling stock units would be added to these 117 electric trains from a competition which had been launched some time ago and awarded to the Swiss company Stadler.
The minister made clear that the money would come from the European Union’s Annual Financial Framework since railways had not been included in the Recovery and Resilience Plan but could be included in the EU’s long-term budget.
Parallel to this investment, Portugal’s industrial strategy was also taken into account given that a railway skills centre would be created at Guifões, in Matosinhos. 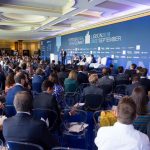 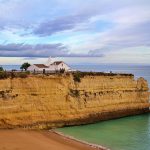