The amount was an increase of 65.3% like-for-like on 2020 (BRL508 million or €83.2million).
The first half of 2021 was marked by consistent results on all of the Company’s strategic priorities. An ongoing effort supported by strategic planning with a 2021-2025 view, reflecting the practical execution and implementation of EDP’s business plan.
Despite the effects of the pandemic, impacts were mitigated, with EDP Brasil reaching the end of the first half with BRL 1.8Bn in EBITDA and 840 million in earnings, up 43.8% and 65.2% YoY, respectively.
Important headway was made in the second quarter particularly in the Transmission segment, with the partial operational startup of lots Q and 21, both in the South of Brazil, and a close on the acquisition of the Mata Grande Transmissora de Energia transmission line in the state of Maranhão, which holds lot 18 of Transmission Auction No. 002/2018.
In addition, EDP Brasil were the winning bidders for Lot 1, the largest project offered in Transmission Auction No. 1/2021, held June 30, interconnecting the states of Acre and Rondônia. With this acquisition, the Company now holds 1,924 km of transmission lines, more than 500 km of which are already operational.
In Distribution, the distributed energy volume was up 16% due to the impacts of the economic recovery, the period’s high temperatures, and a growing number of customers. Also in this segment efforts were made to stabilise loss levels, a reflection of EDP’s level of investment in concession areas.
Given Brazil’s current water crisis, the severest in 91 years, EDP has found the need for constant portfolio management. EDP Comercializadora has been acting jointly with hydro generation units in energy purchase and sale operations, mitigating the impacts of the hydrology scenario and of the delayed rainy season.
Such proactive and early action relative to market moves has enabled EDP Brasil to mitigate the effects of hydrology risk this quarter. In line with the commitment to optimising the Company’s capital structure, EDP’s consolidated leverage reached 2.8x Net Debt-to-Adjusted EBITDA this quarter, ex-non-recurring effects of the past 12 months, and is therefore on target.
This indicator reflects funds recently raised with a pervasive intent of extending the debt maturity profile and continued reduction of the average post-tax price. In line with ESG pledges and commitments, in the same month EDP Brasil announced the reopening of the Portuguese Language Museum – EDP was the main sponsor for its reconstruction — it also announced the Company’s adhesion to the Recovering History (“Resgatando História”) programme, a partnership with BNDES and five other private-sector companies that will allocate a total BRL 200 million in funding to projects intended to preserve and revitalise Brazil’s historic and cultural heritage, across the nation. 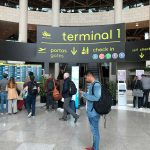 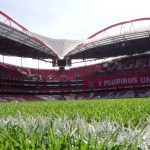 Benfica raises €35 million from bond issueBonds and Gilts, Football business, News
This website uses cookies for a better browsing experience, in continuing browsing you're accepting their use. Read More