It is a kind of travel agency that draws on influencers and social network users to sell holiday trips and hotel bookings.
The startup has just received an investment from Point Break Capital which has valued the company as over €13 million (85 million reais).
“We are very honoured and excited with the support of an investor and one that is so qualified as Point Break which saw P2D Travel as a company with the capacity to innovate and transform the global travel sales market using digital entrepreneurs working on social networks,” says Antonoaldo Neves.
P2D Travel was founded in September 2020, the same month in which he left TAP following the renationalisation of the airline when private shareholder David Neeleman got out of the troubled carrier.
The startup began operations in Brazil a few months later, in May 2021 when the travel sector began to show some signs of recovery after the impact of the pandemic. It currently boasts around 1,200 partners.
Antonoaldo Neves says he was inspired by Uber and Shopify to create P2D Travel: “We have created the Shopify of tourism but we’ve done much more. With just a mobile phone we have empowered people to become digital entrepreneurs on social networks to sell trips”. 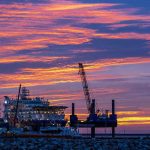 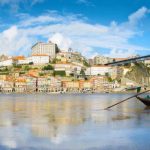 Tourism returns to Porto and the NorthNews, Tourism, Travel
This website uses cookies for a better browsing experience, in continuing browsing you're accepting their use. Read More