The Irish low-cost airline Ryanair announced on Tuesday that it would launch 26 new routes from Lisbon, Porto and Faro to destinations like Malta, Palermo and Agadir from November.

It will be the greatest hourly service from Portugal and Lisbon ever according to CEO Michael O’Leary. Ryanair will up the total number of flights from Portugal by 124.
The announcement was made after the airline said it would invest around US$300 million (€255 million) at Lisbon airport which will create 300 new jobs and three new planes.
During a press conference on Tuesday in Lisbon, O’Leary said that Ryanair was “a big investor in Portugal” and said that the airline would have a fleet of 600 aircraft which would enable the airline to reach its goal of carrying 200 million passengers by 2026.
“We will create new jobs and stimulate the recovery of the post-Covid economy” said the CEO during the presentation.
The airline plans to take on 300 extra pilots, cabin crew and IT professionals for new jobs at the Portuguese bases.
However, in his ongoing legal war with national carrier TAP over slots at Lisbon airport, the Ryanair CEO had some stinging criticisms.
“This autumn we’re basing three more aircraft in Lisbon in an investment of US€300 million at the airport and in Portuguese tourism, and we’re pleased to announce the creation of 300 new jobs and also the opening of 26 new routes to and from Portugal this winter. We could invest more in Lisbon and we could grow more, but TAP is blocking slots at Portela (Lisbon’s Humberto Delgado International Airport) which it isn’t using and has no intention of using.”
“TAP has already reduced its fleet by 20% which should allow for the release of 20% of TAP’s slots. The Portuguese Government doesn’t, I think, want to. This is what TAP are doing. They are blocking the slots when they could be used by other airlines to open up more routes and bring in more traffic” he said.
O’Leary added that the Portuguese Government didn’t know how TAP worked on a daily basis, except that it needed billions in money diverted from Portuguese hospitals, schools. “The slot coordinator in Lisbon knows this is going on, ANA knows this is going on, none of them are happy with it because it is preventing the airport’s recovery. We walked through the city and most of the lights in the hotels are off because Portela is blocking the slots and no allowing anyone else to use them”, O’Leary concluded. 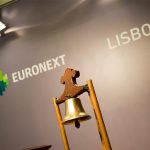 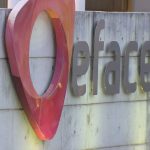 Efacec for saleCompanies, News
This website uses cookies for a better browsing experience, in continuing browsing you're accepting their use. Read More