Some 80% of bank workers at one of Portugal’s largest commercial banks, Millennium bcp, have accepted an amicable recision agreement which will see 760 staff go as part of the company’s restructuring.

Miguel Maia, the bank’s CEO said that the agreement had been reached thanks to the “thorough work and manner in which the organisation understood the necessity and importance for change that BCP needed to undertake” and which enabled the board of directors to reach an agreement for 760 staff to leave in what he called a “remarkable success.”
“We were able to reach an agreement with around 80% of the staff in question in a spirit of respect without any conflict” which enabled the bank to minimise the number of staff that the bank needed to move ahead with “unilateral redundancy”.
In a letter sent out to staff, Miguel Maya stressed the need to implement “changes that we consider to be necessary to ensure the future sustainability of the bank which requires structural changes and adaptations to deal with the multiple challenges that the financial sector is facing.”
These changes, says Maya, require a reduction in the number of staff as part of a number of initiatives attached to the bank’s new strategic plan which was presented to the market in July.
“A difficult mission — reducing the number of staff is necessarily complex in itself, particularly for those staff that are affected by such changes, but equally complex for the organisation as a whole,” says Miguel Maya who adds that the process was also successful thanks to the “many negotiations” with the many bank sector staff unions which sought to “address the concerns that were brought up”. 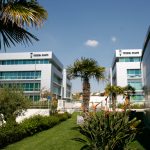 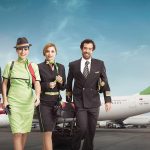 TAP losses €493.1M in H1Aviation, News, TAP
This website uses cookies for a better browsing experience, in continuing browsing you're accepting their use. Read More