Novo Banco is to receive a further €2.4 million from a real estate fund which belonged to the former Grupo Espírito Santo (GES).

GES became insolvent last year with Novo Banco having a €60 million claim on unpaid loans and debts.
The fund, Investfundo III was created in 2006 by GES for the development and sale of a real estate project in Vila Nova de Gaia, the Douro Atlantic Garden which was developed by Espírito Santo Property and 100% financed by BES.
However, the project, announced in 2013, never got off the drawing board and Investfundo III, after the collapse of the GES group in 2014, left a trail of debts which were picked up by Novo Banco: almost €58 million.
After Investfundo III became insolvent in June, 2020, the insolvency receiver began to offload the fund’s properties which enabled debt repayments of €8.7 million to Novo Banco as a result of two assessments made this year — one in March and the other in June.
With this payment, Novo Banco has now managed to recover around €11 million of the €58 million outstanding with the possibility of more payments from sold assets in the near future. However, the bulk of the debts may never be recovered. 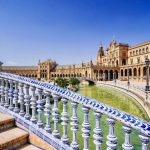 Hotel nights 45% below 2019 numbersHotel, News, Tourism
This website uses cookies for a better browsing experience, in continuing browsing you're accepting their use. Read More