The next president of the Portuguese stock market regulator CMVM, Gabriel Bernardino, has issued a warning in the parliament about a possible stock market bubble.

In a parliamentary Budget and Finances Commission hearing, Bernardino said “at the moment we’re seeing high levels of assets valuations, namely shares, which means a disconnect with the real economy, leading me to have doubts about the sustainability of the shares market.”
In other words, shares, fuelled by speculation, are overvalued and could face an adjustment because the value is not in line with current economic performance.
An extreme example of this, although for very different reasons, took place in the late 1920s in the US when stock market speculation fuelled by cartels, pools and overoptimism failed to see that the American economy was slowing down. The result was the Great Crash of 1929. Thankfully, there are checks and balances today to avoid such a crash happening again.
Bernardino told the commission that over-priced shares were a risk that financial regulators needed to be aware of.
Gabriel Bernardino, who is preparing to take the place of Gabriela Figueiredo Dias, presented his vision of what his mandate at the CMVM should look like to Portuguese MPs and issued a warning about the “emergency of cryptocurrencies and blockchain”.
He said that these trends posed a potential risk of “serious disruption” of traditional financial intermediation models of business, i.e., the banking system.
It was something that the Governor of the Bank of Portugal fell short of admitting last week at an event organised by the American Chamber of Commerce in Portugal when Mário Centeno simply said “people should be aware and careful” as cryptocurrencies were not “regulated, supervised or even sanctioned by the Bank of Portugal”.
Bernardino, while admitting to the “competitive advantages” of cryptocurrencies, said it was important to evaluate investments in a “cautious and measured” manner.
Gabriel Bernardino, who is the former president of the European Insurance and Occupational Pensions Authority (EIOPA), added “the CMVM should have a positive attitude regarding innovation while ensuring the maintenance of high levels of financial stability and investor protection”.
Regarding the EU capital markets union, the next president of the CMVM said it would provide an “opportunity to develop the capital market in Portugal”.
“The CMVM should pay particular attention to initiatives to facilitate SME’s access to public markets and (designing) a new strategy for retail investors”, he said. 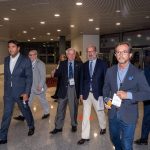 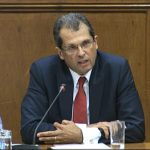