A former Portuguese minister of the Economy was arrested this week after being quizzed by the country’s criminal investigation department DCIAP.

Manuel Pinho, who spent the night at a PSP police command post in Moscavide, near Lisbon, is suspected of having received bribes as minister and being an accessory to money laundering in a case related to the now defunct Espírito Santo banking group, and the electricity company EDP. Along with other suspects, he was made a legal defendant in 2017.
The criminal investigation department has requested the property register of a property held by his wife Alexandra Pinho, as well as information regarding the civil registration of three of the former PS party minister’s children as part of the EDP case. Manuel Pinho served under the two José Sócrates governments. (2005-2011)
The criminal investigation department also issued a warrant for the arrest of Pinho’s wife which was later revoked.
The EDP case relates to Contractual Balance Maintenance Costs (CMEC) in which António Mexia (then CEO of EDP) and João Manso Neto (then CEO of EDP Renováveis), are suspected of corruption and economic participation in a business to maintain an excessive rents contract, in which, claims the public prosecutor’s office, the allegedly corrupted ex-minister for the Economy, and the former secretary of State for Energy, Artur Trindade, may have been involved.
The case has been investigated for around eight years, and there are five legal defendants: Mexia, Manso Neto (now heading renewables company GreenVolt), Manuel Pinho (recently lecturing in economy overseas), João Faria Conceição (a former board director at REN – an electricity transport infrastructure company), and Pedro Furtado (also a former board member at REN) who were responsible for regulation at the energy networks management company, according to various news sources including online news source ECO, RTP, Público and Jornal de Notícias.
Manuel Pinho’s conditions of bail will be known later on Wednesday. 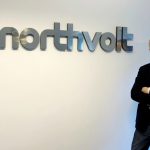 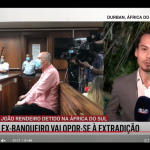