Minimum wage rises to €705 this month

Introduced after the April 1974 Revolution, the NMW is set by the Government after consultation with business associations and unions.

Although it didn’t exist during the Salazar period or before, those in favour of the NMW argue it is vital until Portugal enjoys a level of wealth that enables business owners to pay fairer and more dignified salaries.
It also makes sense, they say, because a considerable percentage of workers in Portugal receive the minimum wage.
The NMW was created in May 1974 through legislation signed off by the prime minister of the 1st Provisional Government, Adelino da Palma Carlos explains the online news source ECO. with the aim of “paving the way for the just and compelling aspirations of the working classes” and “boosting economic activity”.
The OECD however, has warned that Portugal should avoid rapid increases in the minimum salary after the Government had announced it would be increased by €40. It said that the move could reduce employment opportunities, particularly for workers with less qualifications, and contribute towards higher labour costs.
And in October, the President of the Portuguese Industrial Confederation (CIP), António Saraiva told the press that a minimum salary of €705 “might be excessive in some cases”.
“Perhaps there aren’t the conditions to increase the NMW in 2022 because when the Government announced it (in 2019) no one could have envisaged the extent and depth of the crisis caused by the pandemic.
“In my opinion, it should review this benchmark because you can’t impose minimum salaries which are not rational or sustainable,” he said.
Today, in Portugal, around 800,000 receive the minimum wage according to official statistical sources and the NMW is fixed in the Employment Code.
The regions of Portugal which have the highest amount of workers on the minimum wage include the Alentejo (31.7%) and the Algarve (30.8%). 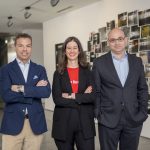 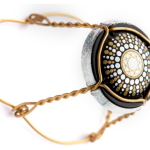 Amorim buys 50% of Saci for €49 millionMergers and Acquisitions, News, Wine
This website uses cookies for a better browsing experience, in continuing browsing you're accepting their use. Read More