The Portuguese pharmaceutical company Bluepharma is to invest €150 million to 2030 in the creation of a pharma technology hub in the country’s university city of Coimbra.

The hub will also include a factory that will be set up to produce vaccines from other brands in Portugal.
“We have a very strong project for the central region of Portugal, at some premises that we acquired in 2019 in Cernache, an large industrial park that has been called ‘Bluepharma Park’, the company’s president Paulo Barradas Rebelo told the Portuguese news agency Lusa.
The technology park will include, among other investments, a complex injectables research and development unit which has been in development for six years, a factory to mass produce these medicines, and a logistics platform for the dispatch “of all medicines around the world”, he added.
Bluepharma exports more than €1Bn in medicines per annum. In 20 years Bluepharma has grown from a manufacturing plant to a pharmaceutical group of 20 companies employing 750. It has opened offices in 4 countries – Spain, Angola, Mozambique and the US – and in 2020 exported most of its production to over 40 countries.
Bluepharma is prepared to produce and analyse 3Bn units of oral solid pharmaceutical forms (tablets and capsules) per year, making use of up-to-date technology and the latest offer in equipment. Its market competitiveness is also ensured by the use of management techniques based on Lean 6-Sigma methodology.
The company produces wide range of products including oncology, complex generics and value added medicines.
The company has recently completed an investment of around €50 million for the enlargement of its current premises in São Martinho do Bispo – in the former Bayer factory where Bluepharma began its activity in 2001 – and the construction of a new industrial unit at Eiras, north of Coimbra which will be operational in the first half of the year.
The new plant at Cernache on the 6.5 hectare park will serve as a “boutique unit” producing high added value niche medicines. 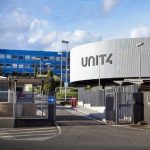 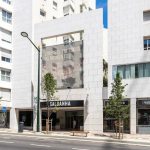