IDAD, TIS, PriceWaterhouseCoopers and Quadrante are in the running to undertake the strategic environmental evaluation on increasing Lisbon’s airport capacity.

The four have presented budget proposals in the public international competition for the acquisition of services destined to producing the strategic environmental evaluation on increasing airport capacity for the Lisbon region.
The deadline for the delivery of the proposals expired on 10 January, and the list of candidates has been published by the Portuguese Institute for Mobility and Transport (IMT).
The costliest estimate was proffered by the group PriceWaterhouseCoopers and Quadrant, at €2,295,000, the lowest from the consortium IDAD – Institute for the Environment and Development, TIS PT, Fundec and Senerngivia at €1,996,882.
The two other proposals were delivered from the consortium comprising Leitão, Galvão Teles, Soares da Silva, Ernst & Young, One Arup & Partners, Leading Aviation Consulting and Ramboll Iberia at €2,000,000; and the last, Coba and Ingeniería y Economía del Transporte, at €1,999,980.
“After analysing the presented proposals and the application of the criteria of adjudication laid out in the tender programme, the jury will produce a preliminary detailed report which will propose the adjudication”, states IMT.
The international public consortium to select the consortium that will evaluate the location of Lisbon’s future second international airport was launched by IMT last October with a budget of €2.5 million.
The Government has decided to place three alternatives for evaluation after the Lisbon South bank municipal councils of Moita and Seixal shot down the Montijo option by publishing negative reports, leading to the National Civil Aviation Authority (ANAC) to reject the construction of the new airport at Montijo.
The strategic environmental evaluation will look at three options: a dual solution whereby the city’s existing Humberto Delgado airport will be the main airport, and Montijo will be a complementary airport; an alternative dual option in which Montijo will progressively become the main international airport for the capital, and Humberto Delgado will be the secondary airport; or the construction of an entirely new airport on a former military site at Alcochete.
There have been arguments, plans and studies involving millions of euros and before ‘contos’ (1000 escudos) revolving around the need for a new purpose-built international airport to replace or supplement the existing one at Portela since the late 1960s, with options at Rio Frio and Ota.
In November 2018, at an IATA congress in Madrid, Pedro Marques, the then Minister of Planning and Infrastructure, stated that Montijo airport would start operating by 2022. French construction group Vinci, which owns ANA Aeroportos de Portugal, said in 2019 it would invest €1.15Bn ($US1.39Bn) in the expansion of Lisbon’s main airport, and the construction of the new one. On 31 October 2019, the IATA declared that operations for low cost airlines would begin in 2021.
In March 2021, Portugal’s aviation regulator ANAC rejected the evaluation request submitted by ANA, citing disagreements with the municipalities in and around the new airport as well as environmental concerns. 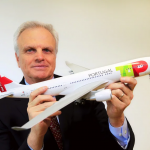 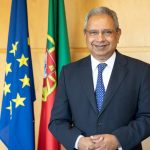 Portugal signs for €1.3Bn ‘bazooka’ fundsNews, Portugal RRP
This website uses cookies for a better browsing experience, in continuing browsing you're accepting their use. Read More