Twenty-three British companies operating in Portugal were distinguished at the DIT Awards organised by the British Embassy in Lisbon.

The companies are part of a broad group of organisations which have been supported by the embassy’s DIT team over the past three years.
Together they represent an estimated turnover of €752 million (GBP 627.6 million) in exports of products and services in a wide range of sectors and a total investment in Portugal of €1.5Bn (GBP 1.3Bn).
The award winners were: Arrow Global Portugal, Babcock, Bonhams, Ebury, EthOss Regeneration, Leonardo, Paysafe Group, Revolut, Round Hill Capital and Savills in the category of Business Development.
In direct investment in Portugal also recognised were: Aethel Partners, Arrow Global Portugal, Inspired Education, Finastra, Glennmont Partners, NextEnergy Capital and Pioneer Point Partners LLP which received the Overseas Direct Investment award.
Other companies recognised were those which had made their debut in the Portuguese market: BJSS, ELEVEN, Fieldwork Robotics and HENSOLDT UK which received the New to Market award.
The DIT Business Awards this year were attended by the Commissioner for Trade in Europe, Chris Barton. Appointed by the British Government in September, he is responsible for promoting trade, investment and trade policies between the UK and Europe, supervising teams in 34 European countries that are integrated in the international network of the Department of International Trade. This was his first visit to Portugal with the aim of strengthening strategic bilateral trade and investment between the two countries.
The trade commissioner handed out the awards on behalf of the British Government alongside the British ambassador to Portugal, Christopher Sainty.
Although they had not taken place in 2020 and 2021 due to the Covid-19 pandemic, the DIT Business Awards, an initiative organised by the UK Department of International Trade in Portugal, has been run annually since 2008 with the aim of recognising the business efforts of Portuguese companies that have chosen the United Kingdom as a country in which to invest, as well as British companies that were successful in the Portuguese market which are also British investors in Portugal.
The event is therefore seen as an opportunity for the local DIT team based in Lisbon to bring together the main companies who are finalists and winners of the awards to celebrate the success of their projects in this sector, as well as looking to future opportunities.
In all 11 Portuguese companies were recognised at the awards for 2019, 2020 and 2021.
For 2019 the companies were: Sogrape with the Investment Expansion Award and MindProber which received the International Expansion Award.
For 2020, Tekever got the Investment Expansion Award, FairJourney Biologics the Investment Award, and Tuki with the Global Entrepreneur Award.
For 2021, EDP won the Investment Expansion Award, Greenvolt the Investment Award and Bring Global and Didimo, both for the International Expansion Award.
Critical Software received the Significant Investor Award in recognition for its expansion in 2019 and 2020 but also for its path to growth and consolidation as a strong investor in the British market over the past 15 years.
“British and Portuguese companies whose success is recognised today are the best examples of the importance of the Anglo-Portuguese relationship and which we will continue to support in close cooperation between both countries and within a European context”, said European trade commissioner Chris Barton. 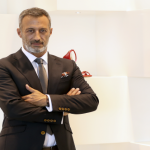 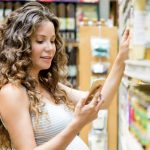