The entrepreneur and art collector Joe Berardo is to advance with a lawsuit for €900 million in compensation from several Portuguese banks.

The collector says the money is to compensate the José Berardo Foundation which was dismantled to cover debts from loans taken on from various national banks.
The entrepreneur accuses BCP, CGD, BES and Novobanco of having damaged the foundation and his company Metalgest for failing to give information about the real risk for institutions when buying shares using loans.
Berardo is demanding compensation of €100 million for “moral damages”, while at the same time accuses the government of “collusion” so that it could keep his art collection which is considered one of the finest 20th century modern art collections in Europe, and is currently housed at the Berardo Museum in Lisbon.
By agreement with the Portuguese Government, the Berardo Foundation (Fundação de Arte Moderna e Contemporânea—Colecção Berardo) had been set up to support the housing of his art collection of roughly 1,800 works at Lisbon’s cultural centre Centro Cultural de Belém.
This was done in much the same way as the Spanish State did AT the Thyssen-Bornemisza Museum in Madrid. The Portuguese government agreed to house part of his collection and took a 10-year option to buy 862 paintings and sculptures for €316 million based on a Christie’s valuation in 2006.
The Berardo Museum  (Museu Colecção Berardo) was inaugurated on 25 June 2007. Berardo’s 35-hectare sculpture park in Quinta dos Loridos, north of Lisbon, also opened in phases from 2006.
According to the business magazine Exame, the Portuguese and South African businessman, investor, and art collector had an estimated net worth of €598 million in 2010, making him one of the wealthiest people in Portugal at that time.
His businesses included hotels, tobacco, animal food, telecommunications, banking and wines. Berardo’s estimated total wealth, including stock in large Portuguese banking and telecommunications companies.
Berardo made long-term investments in large companies such as Millennium BCP bank and Portugal Telecom (PT) telecommunications operator, which were both listed on the Euronext Lisbon.
In 2006, he took a prominent part in the struggle against Sonae.com’s very publicised €10.7Bn takeover bid for Portugal Telecom, opposing Belmiro de Azevedo ( then founder and chairman of the Sonae holding company) and his son Paulo Azevedo (chief executive of Sonae.com).
Portugal Telecom was the main telecommunications operator in Portugal at the time). The takeover bid countered by Berardo and PT’s administrators Zeinal Bava and Henrique Granadeiro, failed.
In 2007 he increased his shareholding in bank BCP using a €1Bn loan in a boardroom power struggle with other shareholders for control of the bank. There were said to be suspicious links to the leaders – BCP in which he had an important role on the board, CGD and BES – loans which he took out backed by a guarantee of 75% of his art collection (valued at €316 million in 2007).
In 2008 he was in the press over real estate speculation he had been allegedly involved in at Ria de Alvor in the Algarve. A property deal he was involving an estate called Quinta da Rocha had gone from being valued at €500,000 to €15 million.
Starting around the 2010–2014 Portuguese financial crisis when both the Portuguese Republic finances and banking system collapsed, he had been involved in several controversies and legal issues which led to the seizure of his bank accounts, his companies’ assets and himself due to ongoing legal investigations over the bank loans.
He famously laughed in a parliamentary enquiry that he somehow has any responsibility for the perilous situation several Portuguese banks found themselves in at the time. Berardo ensured his liability for the loans was minimised by a complex set of legal smoke and mirrors which later made it difficult for the courts to hold him accountable for them. By 2012 the banks had largely given up hope of getting the money back.
In June 2021, Berardo became a named suspect (arguido status in the Portuguese legal system) and was arrested by members of the Polícia Judiciária for alleged fraud committed against the bank Caixa Geral de Depósitos (CGD) and for a number of other financial crimes.
Now Joe Berardo claims he was “hoodwinked by the banks around the circumstances regarding the internal goings on at the banks at that time and in the Portuguese banking system as a whole.”
It was alleged that Joe Berardo used bank loans to buy shares in BCP which were then in turn used as collateral to guarantee the loans. A highly speculative and risky operation since the shares then lost value.
He says that while the Berardo Foundation took on loans to purchase a share in BCP bank, he blames the banks for allowing the BCP shares to be used as a guarantee to cover the loans and it was not his fault they had lost value. In other words the buck stopped with them. 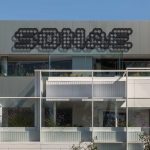 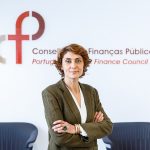 State financial companies bring in €515M in 2020News, Public sector companies
This website uses cookies for a better browsing experience, in continuing browsing you're accepting their use. Read More