Lack of articulation between national and European polices on sustainable housing

This was the essential warning from a debate at last week’s SIL Investment Pro on the ‘New European Directives on Energy Performance Buildings. The debate was held as part of a series of conferences during the SIL – Lisbon Property Fair ended on Sunday, 15 May.
What are the directive’s aims?
Revised in 2018, the directive will help reach the building and renovation goals set out in the European Green Deal to 2030.
The building sector is crucial for achieving the EU’s energy and environmental goals. At the same time, better and more energy efficient buildings will improve the quality of citizens’ life and alleviate energy poverty, while bringing additional benefits, such as health and better indoor comfort levels, green jobs, to the economy and the society.
To boost energy performance of buildings, the EU has established a legislative framework that includes the Energy Performance of Buildings Directive 2010/31/EU and the Energy Efficiency Directive 2012/27/EU.
Both directives were amended in 2018 and 2019, as part of the Clean energy for all Europeans package. The Directive amending the Energy Performance of Buildings Directive (2018/844/EU) introduced new elements and sent a strong political signal on the EU’s commitment to modernise the buildings sector in light of technological improvements and to increase building renovations.
In December 2021, the Commission proposed a revision of the directive (COM(2021) 802 final). It upgrades the existing regulatory framework to reflect higher ambitions and more pressing needs in climate and social action, while providing EU countries with the flexibility needed to take into account the differences in the building stock across Europe.
It also sets out how Europe can achieve a zero-emission and fully decarbonised building stock by 2050. The proposed measures will increase the rate of renovation, particularly for the worst-performing buildings in each country.
The revised directive will modernise building stock, making it more resilient and accessible.
It will also support better air quality, the digitalisation of energy systems for buildings and the roll-out of infrastructure for sustainable mobility.
Crucially, the revised directive facilitates more targeted financing to investments in the building sector, complementing other EU instruments supporting vulnerable consumers and fighting energy poverty.

Why is it important?

However, the ambitious objectives could end up compromised because of a lack of articulation between European and national policies.
Speaking at the debate at Lisbon’s SIL Property Fair on Friday 13 May, the President of the APPII (Portuguese Association of Real Estate Developers & Investors – APPII), Hugo Santos Ferreira warned “Europe was running the risk of getting to 2030 with nothing having been done”.
Nelson Lage, the president of ADENE – Agency for Energy explained “the new European Directive on Energy Performance of Buildings takes into account current needs and creates the challenge of accelerating the energy efficiency of building stock because now a thorougher review and update is required which is far greater than in the past” and asked if “Portugal and other Member States are ready to face the challenge and implement the new directives?”

The new European directive for energy efficiency has well defined deadlines and ambitious goals which have to be met by 2030, which as Hugo Santos Ferreira pointed out was only eight years away.

And because developers usually plan budgets and investments for housing projects several years in advance, factoring in the length of time it takes to get a plan off the drawing board, get outline and detailed planning permission to eventually build, projects which are slated for completion in 2030 are under discussion today.
“We have a communication problem with national bodies and our expectations for the future are not very encouraging. 2030 will arrive and little will have been done on building energy efficiency”, he said.
But bringing Portugal’s building network up to speed with legislation at a national level which mirrors EU directives is likely to be a tall order given “there is a current lack of articulation between Government policies and EU ones”, says the APPII president.
ADENE’s Nelson Lage pointed out that Portugal had begun to implement the last directive in 2021, but other countries in the EU had begun before that— which meant that the discussion is now running in tandem with the new directive” and added that there would be a lot more content added until it was implemented”.
Nelson Lage called on a national debate to be organised before any of these targets could be established.
And while the entire construction and real estate sector was “committed to fighting climate change, directives and commitments were all very well but were they enough?”
“EU directives have not been sufficiently tailored to the national reality”, said Hugo Santos Ferreira. Giving the example of rooftop solar panels he said, “We don’t see local authorities changing regulations on solar panels on roofs, and when planning applications for electric mobility parking are submitted they (often) get rejected”.
Architect Diogo Freire de Andrade said the sector has a massive challenge before it to marry the interests of developers and meet EU decree-laws on sustainability, which was why “local councils have to have enough common sense to adapt the laws and bridge the gap in order to get projects off the ground.”

One of the main problems the real estate development sector faces in Portugal is that building energy efficient housing costs mote than conventional housing.

The Portuguese government has various grants available to help finance the cost of building energy efficient housing on the back of the Portugal Recovery and Resilience Plan (RRP), a case being Vale Eficiência (Efficiency Voucher) and the Programa Edifícios + Sustainability which according to Nelson Lage has been positively received and has grounds for believing that there will be a new edition of the programme with slight adjustments”.
Mexto Property Investment board member Miguel Cabrita said that there had to be due care and attention paid to sustainability and environmental quality which means a careful choice of materials and engineering processes, but balancing what its desired and what is profitable is not easy.
“The impact on costs is high. It is not easy to manage,” he admitted, adding that the developer has already developed various energy efficient houses which had proved to be a difficult challenge. On the drawing board is one thing, but on the building site with the builders it’s not easy to apply what was drawn up”.
Hugo Santos Ferreira said that given that the costs of middle class housing are already high given that the Portuguese found it difficult to support mortgages on the salaries they earned, building energy efficient houses only made the costs even higher and properties even more unaffordable.
“This is an issue that worries us”, because construction costs (increased energy and raw material costs) have been skyrocketing since the beginning of the year and developers are already adjusting house prices accordingly.”

British and German property groups are increasingly debuting green debt issues to fund more sustainable housing, amid growing investor appetite and regulatory pressure.
EU property developers are under increasing pressure from banks, investors and EU regulators to decarbonise and to construct greener homes, a trend that has sparked the sustainable property bond market into life. It has also resulted in a growing number of real estate developers outlining longer-term commitments to sustainable housing.
“There are ways of financing energy efficient housing projects that are already being applied in Europe and overseas and which could be part of our reality in Portugal if there is the political will to do it”, said APPII president Hugo Santos Ferreira.
These include public green bonds which could be created by Portugal’s new development bank Banco de Fomento. This “green line of finance” could be used to create more housing with a price cap which the Portuguese could afford.
Private sector Green Bonds issued via Euronext, setting up a green bond market. “We have already made a request to the government. Now all that remains is for the political will to be there”. 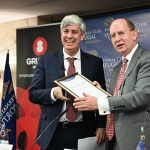 Portuguese economy back to 2019 levels but with a differenceEconomy, ICPT, News 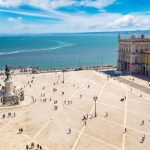 Portugal and Malta least affected by the warEconomy, News
This website uses cookies for a better browsing experience, in continuing browsing you're accepting their use. Read More