Unions representing pilots at Portugal’s national airline carrier TAP Portugal are threatening to strike over a series of pay cuts which the airline says it vital for its survival and viability.

The airline is currently going through a major restructuring programme ordered by Brussels in returns for Government loans of up to €3Bn.
Part of that restructuring involves a round of extensive salary cuts transversally across the company which will employ around 6,600 staff when completed. In 2021, 1,480 staff were let go.
The unions have severely criticised TAP’s administration after the company took unilateral decisions to change salary structures to effectively save the company.
The cuts are part of the restructuring process negotiated with the European Commission as a condition for receiving state aid to help make the airline viable after making losses for years, losses which were only compounded by the flying restrictions imposed by the Covid-19 emergency.
On Tuesday, TAP’a CEO Christine Ourmières-Widener said that the airline would apply reductions to previously planned salary cuts for pilots and other staff.
She made the statement at a press conference at the company’s HQ in Lisbon as negotiations continue with trade unions.
TAP pilots are currently threatening to go on strike and Christine Ourmières-Widener warned that industrial action could compromise the company’s future.
“All of TAP’s staff know the situation and understand that any interruption in the operation would have a critical impact for our future”, said Christine Ourmières-Widener.
The threat of strike action was made on Monday by the Portuguese Union of Civil Aviation Pilots (SPAC) in a reaction to a decision from TAP’s executive commission to unilaterally decide on a reduction from 45% to 35% (10%) in the pay cuts applied to pilots, less than had been expected.
SPAC stated: “There is an increasing feeling that TAP’s administration is trying to push pilots to strike in the hope that it would thereby get a miraculous justification that pulls the wool over the eyes of tax payers about the weak results that consecutive management mistakes are causing”.
“We will see, but I do not think that this scenario (to strike) is reasonable”, said the TAP CEO. “If we are in this together, when we understand that the country has decided to save the company and inject so much money into it … this (taking strike action) is a huge responsibility”. 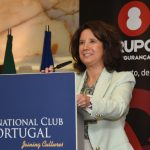 Tourism – A Driver of Portugal’s EconomyICPT, In Focus, News, Tourism 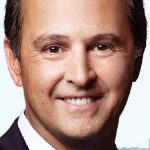 Budget deficit up €1.4Bn to AprilBudget Deficit, News
This website uses cookies for a better browsing experience, in continuing browsing you're accepting their use. Read More