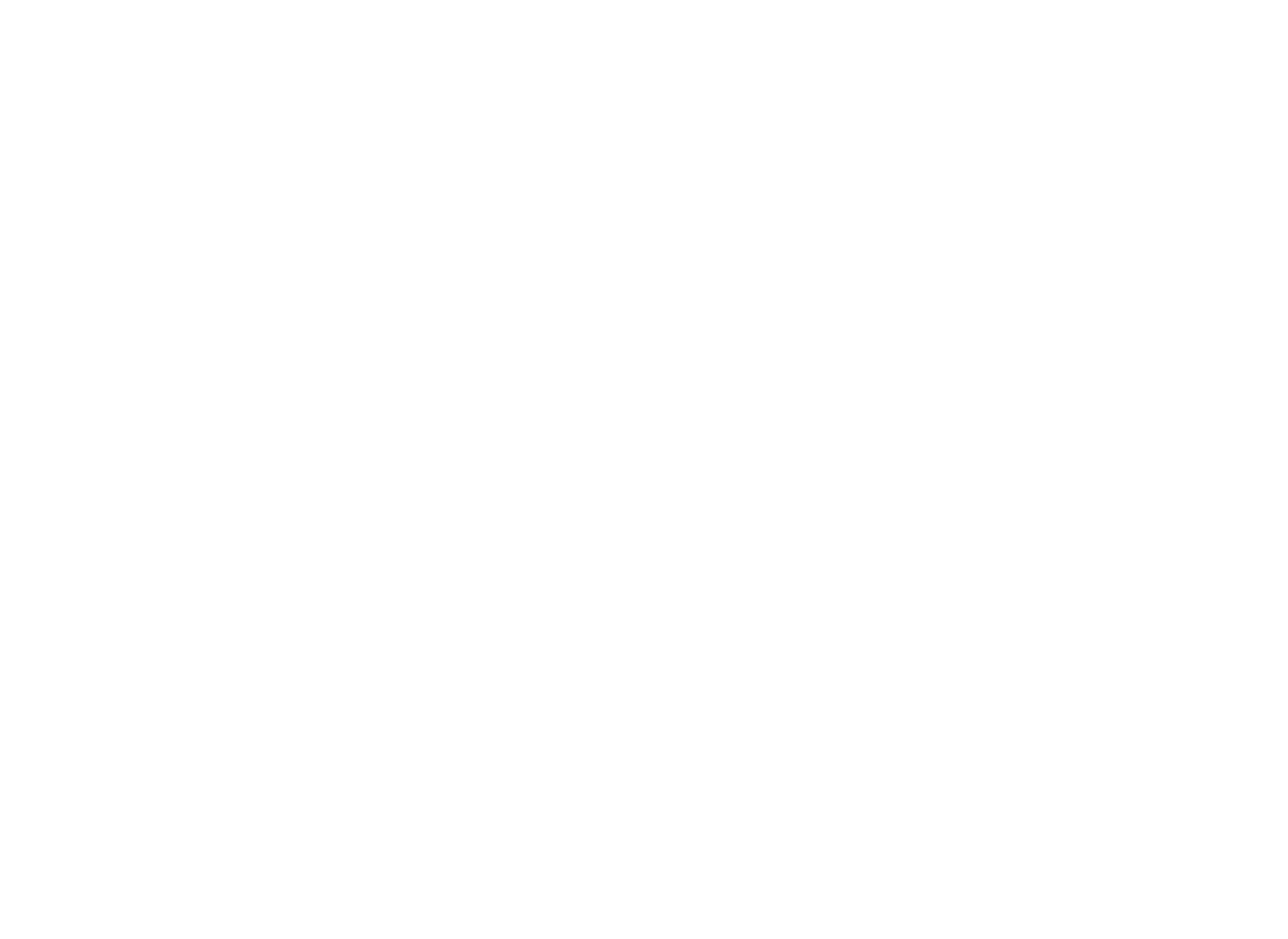 The Altis Group – The essence of Portuguese hospitality

The Altis Hotels Group, with its flagship Altis Grand Hotel in Lisbon, has represented comfort, quality and hospitality since 1973 when it was founded by entrepreneur Fernando Martins. Still a family-run business, it is keeping pace with changing times.

Lisbon’s Altis Grand Hotel is one of the Portuguese capital’s most recognisable luxury hospitality landmarks, as famous for the celebrities who have stayed here as the monumental political events it has witnessed since 1974.

The environment is plush yet contemporary. The spacious open-plan public rooms are bathed in an inviting golden light that is cosy, opulent, but not de trop.

It is a feature I know well from covering three general elections in Portugal. The hotel has served as the election night base for prime minister elects to emerge victorious to thronging crowds waving flags and banners against a soundtrack of jubilant car horns.

I am here to meet the head of the family that owns the Altis Group, Raul Martins. Mr. Martins is a hotelier who looms large in Portugal’s tourism landscape, a figure who cares about the Portuguese hotel sector and tourism industry, and during his six-year tenure as president of the Portuguese Hotels Association (AHP), he has witnessed both the astonishing rise in the city’s popularity as a world-class city-break destination since 2016, and the despair of empty hotels and struggling hoteliers during the Covid-19 pandemic in 2020-1.

Expanding to Porto and Madeira

Raul Martins says the Altis Group’s ambition is to expand hotels under its brand and manage them for investment funds.

“Our strategy is to continue our expansion in cities [it has five in Lisbon], but also hotels in the countryside where open spaces and nature have become a focus since the pandemic. We feel the trend is very much in that direction.”

An example is the group’s project on the island of Madeira, at Santa Cruz, near the capital Funchal. This 4-star hotel is managed by the group for a Danish investment fund and comprises 100 rooms and 150 apartments.

As for Portugal’s second city, it had been a long-cherished dream of the Martins family to open hotels in Porto. “We had a project on the back burner in Porto for 30 years, which was to be the start of our expansion to that city. At the time, we couldn’t get the project off the ground on planning grounds,” Raul Martins explains. Instead, the Altis Group developed the highly successful Foz Residence on another site.

However, hotel opportunities began to look more promising 10 years ago when Porto began to seriously market the region as a tourist destination. It was named the UNESCO Alto Douro Wine Region, which includes the unique historical characteristics of the city. “This boosted tourism, which even before the pandemic was becoming less city-focused and more rural-centric, which with its vineyards is exactly what the Douro Valley offers.”

“We found a site where we are currently building the 5-star corporate Altis Porto, which will have 92 rooms including five suites in a €15 million investment. The site selected for the hotel is on the city’s Rua da Restauração, a stone’s throw away from the city gardens, Jardim do Roseiral, and close to Porto’s congress centre.”

Raul Martins points out that, because the group’s Lisbon hotels have the brand slogan ‘Soul of the City’, it is also the intention for the hotel to reflect the soul of Porto. For example, the gastronomy and wines will have a contemporary yet regional touch.

The Altis Group has followed a very specific strategy in Lisbon since its expansion began in the Portuguese capital just over 40 years ago.

“Our aim for our 5-star hotels, which are mainly corporate and have some of the largest business and events meeting rooms [2,000 seat capacity] in Lisbon, is to cover the five main hotel concept products essential for any contemporary, world-class urban hotel group today: Design, Boutique, Historic City Lifestyle, Conference and Business, and Luxury Family Apart-hotel.”

The Altis Group is one of the few family-owned hotel groups left in Portugal. Founded in the early 1970s by Fernando Martins, his son Raul and his daughter Maria Júlia Valente Rodrigues, it now also involves Raul’s three children. This family commitment and personalised management style is the hallmark of all their hotels.

The Soul of Lisbon is the group’s signature in the capital, where it prides itself on being in tune with the pulse of the city and involved in a wide array of initiatives and events that promote the city’s cultural, social and sporting activities. Football is a long-standing one. Indeed, the founder Fernando Martins was president of Benfica Football Club between 1981-1987.
“My children are now the next and third generation. They are shareholders, work in the group, and are committed to the essential values and traditions that my father stood for when he started the group back in the 1970s,” says the former Portuguese rugby union player who had 21 caps for Portugal between 1967-1981.

Raul Martins recalls that, when the Altis Grand Hotel was under construction (before the brand change, it had been called the Altis Hotel), it was originally intended to be an office block. He was completing his engineering degree at Lisbon’s Higher Technical Institute and was involved in overseeing the works.

“It was pointed out to my father at that time that it would be worthwhile building a hotel. At the time, the government wanted to open up Portugal to tourism and was offering financing at a 7% fixed rate of interest covering 90% of the costs for such projects,” he recalls, adding that, at the beginning, the hotel project was for 200 rooms, but was expanded to have 300.

Although Raul’s father Fernando Martins was invited to build a hotel for entrepreneur André Jordan’s Quinta do Lago resort project in the Algarve, he says his father didn’t believe in the Algarve as a financially sustainable tourism destination in the 1970s, because it was “only beach and would just be profitable for three months in the year”. Of course, that was before André Jordan developed the golf resort concept. “Today, the Algarve is so much more than just beach holidays,” he admits.

In April 1974, there was a peaceful revolution in Portugal that temporarily resulted in low tourist demand. “Not all of the hotel was actually ready, so we only opened five floors,” remembers Raul Martins.

However, with the end of the colonial wars in Angola and Mozambique, and the civil wars that ensued, a remarkable, if unfortunate, twist of fate actually helped make up for the lost hotel revenues that had been expected from tourism.

Tens of thousands of Portuguese refugees who had lived in the colonies were forced to abandon often affluent lifestyles to flee with only a suitcase and the clothes on their back to Portugal.

They were called ‘returnees’, somewhat of a misnomer since Portugal was a country to which many of them had never visited, let alone own a home.

“There was a Government-funded body called I.A.R.N set up to help the ‘returnees’. It paid their plane tickets, gave them money to live on, and most importantly put them up in hotels and paid their hotel bills.”

The Altis Grand also did a brisk trade in lunches and dinners since these people, and the other refugees that lived in the houses of friends and relatives, also came to eat. “Just imagine having a full hotel serving double the number of meals than would usually have been the case which the Government paid for every week,” he says, chuckling.

The profit from these revenues not only enabled the hotel to meet its short- and medium-term financial obligations, but helped placed the group on a secure financial footing for future expansion which has continued to this day.

Between 2011 and 2015, the iconic hotel was completely refurbished in a €7 million project coordinated by architects Cristina Santos e Silva and Ana Menezes Cardoso, with interior design by Fernando Miranda and Daciano Costa.

The modernisation project included 200 new deluxe suites and a renovated hall with a lobby bar. The revamped hotel, which also incorporated a new spa and restaurants, became a member of the Great Hotels of the World Luxury Collection. Today, it offers 11 suites, 20 meeting/events rooms for up to 750 people, and is the group’s undisputed conference hotel.

Portuguese culture, family, tradition and friendliness to visitors, which are the very essence and soul of the Portuguese character, remain and are embedded in the concept of hospitality and service that has always been a hallmark of the Altis Group.

We leave our interview with an observation from the founder’s daughter, Maria Júlia Valente Rodrigues. “My father always taught us to be honest and never give up even in difficult times, because there is always something positive to be drawn.” That persistence has served the family well over three generations, through revolution, economic crises and the pandemic. It will no doubt ensure its survival in the future as one of Portugal’s most successful family-run hotel groups.

Raul Martins has witnessed in Portugal – and indeed has promoted – a transition away from low-quality hotels that defined mass tourism from the ’70s until the late ’80s, towards high-quality premises catering for a more affluent, demanding, well-travelled and sophisticated clientele.

“Portugal, like Spain, had not been a benchmark for quality in the 1970s and ’80s, but that has all changed. The development we’ve seen in the past 12 years in particular has been remarkable, with quality investments in the cities, the Algarve and now the countryside, keeping pace with new trends for nature and holidays that offer experiences beyond just museums, monuments and beaches,” the hotelier says.

Raul Martins believes that the Covid-19 pandemic has created a shift away from the mass tourism model, which reached a peak of popularity in the 1970s and 1980s.

Although Portugal invested more in marketing itself as a high-quality and luxury tourism destination from the 1990s onwards, rather than just a sun, sea and beach package holiday destination (although this still very much exists in parts of the Algarve), he says the trend is adventure, experiences and open-air holidays in inland Portugal, responding to a new paradigm geared towards nature.

He gives the example of the Passadiços do Paiva, an eight-kilometre wooden path through the beautiful scenery of Arouca Geopark, near Gondomar and Porto in the north of Portugal. In 2018, for the third year running, it won awards such as ‘Best European Tourism Development Project’ and the ‘Best European Adventure Tourism Attraction’.

“We’re seeing these wooden walkways popping up along the sand dunes behind the beaches in the Algarve, at Quinta do Lago, for example. Today, you can also walk all the way from Lisbon to Guincho beyond Cascais entirely on foot.”

These kinds of fresh-air, nature-filled experiences can be seen at Comporta, 70km south of Lisbon on the Alentejo coast, where eco-villages and eco-tourism resorts are in development.

“People are now waking up to Portugal’s interior, its medieval cities, its deserted, pristine beaches along the Alentejo and Silver coasts, and of course Madeira and the Azores, as well as our immense natural parks such as Peneda-Gerês, Sintra, Arrábida, Serra da Estrela and Sudoeste. Now tourists are discovering that we are so much more than sandy beaches and resorts in the Algarve,” concludes Raul Martins, the former president of the Portuguese Hotels Association and President of the Altis Group. 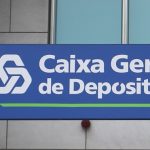 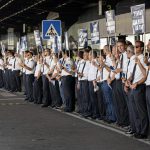 Court orders TAP to pay €50M to pilotsNews, TAP, Unions
This website uses cookies for a better browsing experience, in continuing browsing you're accepting their use. Read More