Golden Visa investment up 6% in August

Investment attracted through Portugal’s Golden Visa programme was up 6% in August in like-for-like terms, but month-on-month fell 14.5% to €37.5 million according to the latest data from SEF.

In August, the investment attracted through Portugal’s Authorisation for Residency from Investment (ARI) WAS €37.5 million — a 6% on the same month in 2021 (€35.3 million), but fell 14.5% on July.
Between January and August the investment netted totalled €397.7 million, up 34.7% than in the same period the previous year when it was €295.1 million.
In July, the investment bagged through Golden Visas topped €43.9 million, a like-for-like increase of 98.6% but a decease of 43.6% on the 77.9 million seen in June with 80 ARI having been granted, one of which was through the job creation category.
In August, 77 ARI were issued, of which 64 were from the acquisition of property (31 through urban rehabilitation) and 13% from capital transfer.
In the first eight months 806 Golden Visas were issued, 806 Golden Visas were awarded (94 in January, 94 in February, 73 in March, 121 in April, 112 in May, 155 in June, 80 in July and 77 in August).
In August, investment from the purchase of real estate goods was €32.9 million, of which 10.7 million was from urban rehabilitation, whilst the capital transfer option was €4.5 million.
In August 19 visas were issued for Chinese citizens, 10 to Brazilians, 10 to Americans, five to Pakistani and four to Moroccans. 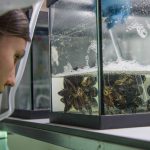 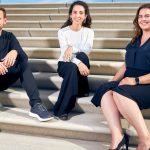 MicroHarvest to enter PortugalCompanies, News, Start-Up
This website uses cookies for a better browsing experience, in continuing browsing you're accepting their use. Read More