Q&A with Rajan Sahay on his daily life in Portugal

Rajan Sahay was born in North east India in 1967. He came to the UK with his parents (both medical doctors) in 1973 and was educated at Harrow school and then Oxford university, where he graduated in economics and History. Rajan worked for a city consulting company in the area of mergers and acquisitions (m&a) in London and Boston for six years before coming to Portugal in 1994 and establishing his first company, Obrana SA, a construction and development firm which remains the flagship of the Obrana Group. Rajan was joined by his wife Roopali (formerly on the board of British petroleum retail southern Europe) in 2005. In 2007, both Rajan and Roopali established the Portuguese-Indian Chamber of Commerce where Rajan currently is president. Rajan lives between Portugal and Dubai.

How long have you lived in Portugal?

I came to Portugal in 1994, so for 24 years. Originally, I lived in Lisbon but subsequently moved to the Óbidos region (an hour north of Lisbon) which is where the bulk of my development work takes place.

What made you choose this country?

I had been coming to Portugal throughout my childhood on vacations, so it is a country I have known for decades. After six years of intensive and stressful M&A work in London and Boston, I felt the need for a complete change. Portugal was a natural choice as it is both familiar and close to London, which is where my extended family lives.

Was it difficult for you to acclimatise yourself?

Yes. Back in the early 90s, Portugal was a European backwater – I remember it took some three weeks just to get a phone line in my house and the cost to call home (London) was the equivalent to €2 per minute! Everything took time and though people were always friendly, the level of professionalism did not compare to Northern Europe or the USA, which is where I had grown up.

What I like about Portugal now is that it is a very safe country to live. There is little crime, no terrorism and the people are generally non- confrontational (except behind the wheel of a car!). Additionally, it is unique in Europe in being a nation where I found little racism or xenophobia. Indeed, in many respects, foreigners are favoured over nationals. I often find that the best way to avoid trouble here is to speak English even though my Portuguese is practically fluent.

Living here is a dream but working here remains a challenge. As a company owner and employer, the labour laws are antiquated and make little sense; the legal system is slow and inefficient; bureaucracy is burdensome and red tape suffocates speed of business.

Which is your favourite region of the country?

Costa de Prata/The Silver Coast. I like the fact that I can get to Lisbon centre in under an hour, but I live in a place with 15km of beautiful beaches and where I can play sports every day in clean air and have a great lunch for under €10.

My favourite restaurant to go to once every 6-8 weeks is Solar dos Amigos, which is in a tiny village called Guisado (outside Caldas da Raínha). All my friends from New York to New Delhi love this place which serves good honest food like pork ribs, steak, blood sausage as well as real chips, rice with beans and fresh salads. The restaurant I go to 2-3 times a week is an Indian in Areia Branca called Maharini where the owners cook to my taste (biryanis, chicken jalfrezi, lamb saag and the best garlic naan I ever had straight from an authentic Tandoor oven).

What is your favourite traditional Portuguese food (dish or ingredient)?

Bacalhau à Lagareiro. I love fish and garlic… what more can I say!

And your favourite Portuguese wine (or grape variety/wine region)?

Anyone who lives in Portugal knows this is a trick question. For me, Portuguese wine is the best in the world and any bottle you buy that costs more than €10 is amazing. However, if you put a gun to my head, I would have to choose Douro wine.

And finally, your ideal destination for a Portuguese weekend getaway?

I spend 60 nights a year in Lisbon – for someone who lives on the beach in a golf development, going to the city is a holiday. 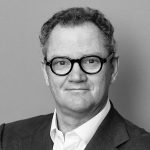 Q&A: Andrew HughesInsider
This website uses cookies for a better browsing experience, in continuing browsing you're accepting their use. Read More