Ryanair CEO Michael O’Leary was one of the keynote speakers at the IVth National Conference on Residential Tourism and Golf which ran at the Estoril School of Tourism on 11 April.

“How Ryanair can help grow Tourism in Portugal” was the theme chosen to open the event which had 20 nationally and internationally renown speakers.

Ryanair has been embroiled in controversy over the past year, in particular with the cabin crew union SNPVAC which carried out a three-day strike over the Easter period.

The conference was organised by the APR – Portuguese Resorts Association and the CNIG – National Golf Industry Council.

The synergies between golf and residential tourism has attracted billions of euros in foreign investment, taxes, services supply and has created many thousand job posts.

During his speech, the Ryanair CEO warned of the risks of Brexit on air traffic and argued that the UK should change its position on leaving the EU.

“We don’t want to make the UK a victim or damage the British economy because they are leaving the EU. We should encourage it to change tack and return to the EU which is stronger with the United Kingdom” he said.

The airline mogul also stressed that the new Lisbon airport Portela +1 (Montijo) needed to be up and running by 2021.

In January and February there was a fall of 5.8% in bed occupancy from British tourists compared with the same period last year. Increases were registered from tourists from the United States and Sweden at 30.4% in both cases.

According to the National Statistics Institute (INE) there was a growth in Brazilian tourists (28.6%) and Italians (21.3%). The number of Germans increased by 4.4%.

The fall-off in British tourists since October is down to uncertainty over Brexit and the devaluation of the pound against the euro. 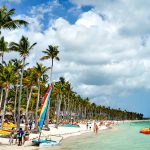 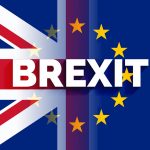 UK- EU relationship fuzzyNews
This website uses cookies for a better browsing experience, in continuing browsing you're accepting their use. Read More