Santander Bank UK economist Stuart Green says visibility around the UK’s new relationship with the EU has been slow to emerge. However, the underlying fabric of the UK economy – open and flexible – will remain the same.

The UK economy continues to perform better than predicted. Green says the ‘big question’ right now is whether the UK will leave the Customs Union. If we do stay in the Customs Union most people will declare that a ‘Soft Brexit’. However, if the UK is to leave it must to do 4 things – 1) Finalise EU negotiation 2) Regain membership of the WTO 3) Negotiate EU country FTAs 4) Negotiate ‘other country’ FTAs. All of which will require great time and effort.

Green believes the UK will leave the Customs Union, in line with Government policy, and says the UK should plough greater investment into manufacturing, infrastructure and anything which can help boost UK productivity.

The seminar comes after news that the UK will be €707 million per week worse off under the Government’s preferred Brexit strategy scenario, a study estimates while just 23% of voters think the weekly cost of leaving the EU would be worth paying.

New research calculates that the government’s preferred ‘bespoke’ deal would mean about €46Bn more in annual public borrowing than under the status quo by 2033/34 – the same period of time over which the government worked out its impact assessments.  That equates to €707 million per week or 22% of the NHS budget research claims.

The research was published in a study for the think tank Global Future carried out by Jonathan Portes, a professor of economics at King’s College, London who studied three scenarios assessed by the government in its own leaked analysis. 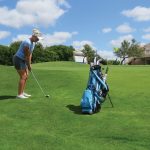 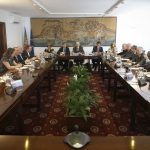 IMF: Portugal pays 26% GDP to satisfy creditorsNews
This website uses cookies for a better browsing experience, in continuing browsing you're accepting their use. Read More