In what has been dubbed the ‘Uber Law’ the Portuguese president has called for greater regulation covering fares and taxes. The new law legalising application-driven passenger transport firms like Uber or Cabify had been passed by the Social Democrat Party (PSD) and the Socialist Party (PS) in parliament but was rejected by the president who has the ultimate say on legislation.

The president sent the bill back to parliament pointing out criticisms on taxi tariff regulations and the tax contribution that the sector should pay – which the centre-right PSD wants set at 5% but the PS socialist Government has proposed be fixed at 0.1% and 2%.

Marcelo Rebelo da Sousa refused to ratify the law on the grounds that there was no level playing field for application-based taxi drivers who could apply variable charge rates and regular taxis whose rates were fixed by law.

In 2016 thousands of tax drivers took part in a protest against the expansion of Uber’s taxi ride sharing application in Lisbon, bringing roads leading to the capital’s airport to a standstill.

Despite the proliferation of application-led cab services, deep divergencies remain over regular cab firm demands to impose limits on the number of cars not identified as cabs which would give  regular mustard-coloured taxis an upper hand.

The Government has proposed regulation for app-based services through compulsory training for drivers and passenger insurance but the president says current regulations don’t go far enough. 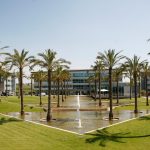 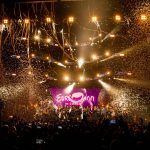 Eurovision rehearsals kick off at Lisbon’s Altice ArenaNews
This website uses cookies for a better browsing experience, in continuing browsing you're accepting their use. Read More