New Lisbon airport may not be ready by 2022

The Portuguese Tourism Confederation has expressed doubts that the new Montijo Airport will be ready by 2022. Francisco Calheiros said that there are airline companies who want to operate more flights to Lisbon yet don’t have slots at Lisbon’s already over-capacity Humberto Delgado airport.

The President of the Portuguese Tourism Association, Francisco Calheiros says that all the signs point to the project being delayed which has “serious implications for tourism”. “With increased numbers of tourists visiting Lisbon over the past four years Lisbon airport is practically working to capacity and at the moment we’re having to turn down slots to airline companies wanting to increase flights to the capital.”

According to the Portuguese airports authority ANA, hundreds of slots have already been turned down for 2018 with some airline companies wanting to increase the frequency of flights but can’t because of over-capacity at the airport.

“It means that thousands or possibly hundreds of thousands of tourists and visitors who would have visited Lisbon if there had been the flights and capacity can’t come,” he said. 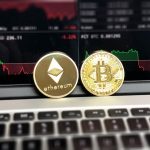 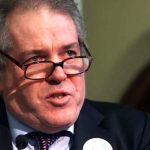 MEP to address International Club of PortugalNews
This website uses cookies for a better browsing experience, in continuing browsing you're accepting their use. Read More