Touring with former US ambassador

The Ambassador’s Tour of Portugal is more than a tour; it’s an educational experience where participants meet the movers and shakers who influence Portugal every day.

It’s not often that a traveller, even a ­seasoned one, is shown around a country by a former US ambassador.

It’s even less likely that they will get an inside take on that country by one of its seasoned politicians, sample local ­cuisine cooked by one of its top chefs, be photographed by a famous photographer and get an access-all-areas pass to some of its institutions and UNESCO World Heritage sites.

That’s exactly what US travel consultant and influencer Sheree M. Mitchell is offering with her forthcoming ‘The ­Ambassador’s Tour of Portugal’.

The seven-day tour is organised through Sheree’s Immersa Global Lei­sure Travel agency, which specialises in designing tailor-made journeys for the ­intellectually curious, although there is certainly nothing of the accidental tourist in these glamorous and exclusive trips where everything is planned to the smallest detail and nothing is left to chance.

On this tour, a group of 15 and no more than 20 affluent globetrotters – tourists, business people and retired citi­zens – will get the red-carpet treatment guided by former US ambassador to Portugal, Allan J. Katz, and Sheree herself.

And few Americans know Portugal better than Ambassador Katz, whose tenure at the US embassy was 2010-2013. In fact, he loved the Portugal ­experience so much he now lives here.

But Sheree M. Mitchell says ‘The Ambassador’s Tour’ isn’t designed to be a luxury travel experience. “It’s for people who perhaps are thinking about relocating to Portugal, either to live, work, start a business or relocate an existing one.”

It’s also aimed at those who want to really immerse themselves in the culture and society of the country, not just in terms of food, wine and culture, but the political and economic scene, too.

“This tour isn’t just about pretty castles, historic cathedrals, local restaurants and visits to vineyards. It offers the chance to understand Portuguese politics, Portugal’s role in the EU and affords an insight into doing business here as a foreigner – the opportunities, the support and the challenges,” says the president and founder of Immersa Global Leisure Travel.

There will also be a chance to explore the Portuguese Riviera (Estoril and ­Cascais), meet top chefs, understand the importance of food and wine as cultural ambassadors and Portugal’s new role as a fine food destination.

Another aspect covered is Portugal’s healthcare services set within a wider global context through a debate on ‘Viewing healthcare – a basic human right or commodity?’

Speaking of health, tour participants will also take the temperature of Portugal’s economic health and discover how and why Portugal emerged from ­recession from 2015 onwards, as well as seeing what’s on the cards for the future.

Critics might say that, educational or not, it’s still an expensive luxury reserved for high-net-worth citizens from a country where only 40% of the population has a passport.

“I don’t see Immersa Global as a ­luxury travel brand. We’re offering ­another space, a new niche for high-­quality travel products,” she says.

Sheree M. Mitchell outlines how she modelled the programme closely on the New York Times’ ‘Journeys to Put the World in Context’, whereby small groups visit a particular country accompanied by a journalist or other expert in that parti­cular region.

She says that one of her great mentors is CBS News Travel Editor, Peter Greenberg, who is considered the travel expert of the US and has been instrumental in helping her to shape her programme (Greenberg has a programme called the Royal Tour where he travels around countries with prime ministers, presidents and kings).

“I’ve always admired that kind of travel and, when I was younger, my ­parents taught me to always connect with the places you are visiting.

“In the United States, after we dealt with our own financial crisis in 2008-2010, a market opened up for a high-quality product that was not necessarily considered luxury. Our clients won’t ­usually stay in Lisbon’s Four Seasons Hotel Ritz, they’re more likely to opt for boutique hotels. It’s for those who like ­exploring new places, where they can be connected on the ground with people in the know and get to meet movers and shakers; or it’s for well-travelled, sophisticated Americans who are looking for something different, combining a travel holiday with learning,” she explains.

But how did Sheree M. Mitchell get into organising bespoke cultural immersion trips, offering all-round country ­experiences and why Portugal?

In her mid-thirties, she fancied a change from working in corporate Ame­rica, sold up, put her belongings in storage and began travelling the world until, as she puts it, “I could figure out what I wanted to do with the rest of my life”.

That’s how she ended up in Portugal. “I had already spent quite a lot of time in Spain. I travelled a lot back and forth ­between Madrid, Barcelona, Andalucía and Miami, so I knew the Iberian Peninsula fairly well, but I ended up in Por­tugal once on my way to a wedding in Angola.

“I fell in love with Lisbon. I really loved the people and just felt very comfortable here, even more so than when   I was in Spain and I spoke Spanish fluently and my Portuguese was rusty,” she says.

“Lisbon is just so exciting, colourful, unpredictable and welcoming. You can eat well for much less than you’d spend in other parts of Western Europe and that’s what started me off on exploring business opportunities in Portugal.”

The travel expert also has a programme in Israel for private college students called ‘The Global Citizenship Tour of Israel’ and she is adapting it to see how it can be offered to adults. The tour explores Israel from the non-religious perspective. “I live in Miami and we have a large, affluent and well-travelled Jewish community there. I’ve also been in contact with the Portuguese tourist board to explore how Portugal’s Sephardi Jewish heritage and community could be interested in working on a future project.

“Experience-based travel for this particular segment in the US market is ­extremely important. Some of the high-end hotels are now offering local activities and experiences, and it’s something I’ve actually specialised in for the past 12 years in different segments, but my idea has always been to connect travellers with the reality on the ground.”

In what is very much a pilot run, in Portugal the first tour will be generic, but Sheree M. Mitchell doesn’t rule out doing more specialised tours later for business people considering taking ­advantage of Portugal’s “golden residency” permit scheme (Autorização de Residência para Atividade de Investimento, or ARI) in which investors are granted residency in return for an investment in property or setting up a company which employs local Portuguese. Indeed, participants on the tour are invited to ‘­explore global citizenship’.

During the seven-day tour, there will be panel discussions and presentations involving a former Portuguese government figure, high-profile networking sessions, exclusive culinary experiences and all-access visit to the Lisbon metropolitan area.

Allan J. Katz will share his experiences on life as the US ambassador to Portugal and how it shaped his views as a global citizen, and there will also be a tour of the US embassy in Lisbon and visits to UNESCO sites.

Sheree M. Mitchell gives talks at the New York Times’ travel shows, specifically on travel to Portugal and food and wine experiences within the country. “Questions from the audience have evolved ­significantly over the years and are now more sophisticated. People no longer ask me what language is spoken in Portugal.”

One reason why travelling Americans are more knowledgeable is the increased air traffic routes from US cities to and from Lisbon and Porto, as well as TAP’s Stopover programme from the US to Angola, Madrid, Paris or Barcelona, which has enabled US citizens to take advantage of an extra two or three days in Lisbon.

“TAP Stopover has been so successful the airline has now expanded that to five days to allow people to explore Portugal a bit more.”

Sheree points out that this first ­‘Ambassador’s Tour’ is a pilot scheme, “which we’ve kept generic while still ­having great content. From that, we will be able to see what works and what ­doesn’t and find out from the participants what they most liked and what they would have liked to have done.

“This is a very unique and innovative project, which has never really been done like this before, and I’m actually lining up a former ambassador to Costa Rica [she already offers a Costa Rica Au Naturel Immersion Experience], after I’ve asses­sed the success of the Portugal ‘Ambassador’s Tour’. Then there’s Spain, Israel and who knows where the project will go after this!” 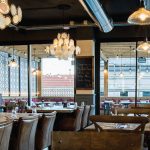 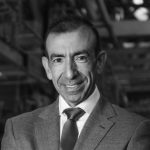 A new industrial formula on a Portuguese scaleIndustry, Investment, Tourism
This website uses cookies for a better browsing experience, in continuing browsing you're accepting their use. Read More