With one year until Brexit, UK citizens are rushing to buy property in France, Spain and Cyprus amid growing fears that moving to Europe will become more difficult. But how is the Brexit panic-to-buy affecting Portugal?

British nationals, it seems, are rushing to buy property in European countries like Spain and France ­before the Brexit deadline, according to financial advisers. But in the case of ­Portugal, it tends to be those who had ­already planned to move and believe putting that off will make their move signi­ficantly more difficult in the future.

Estate agents, consultants and orga­nisations that regularly deal with the UK property-buying market overseas say that whilst UK numbers have remained stable, the sense of urgency has changed.

Kerstin Buechner, director of QP Savills (Quinta Properties and Vale do Lobo Properties), an upmarket estate agency in Almancil, Algarve, says: “I don’t think we’ve seen a spike in property purchases. I would say that since Brexit was announced, UK residents that were already open to the idea of buying a property in the Algarve and already knew the area well are now extra motivated to do so.

“For those in the high-end market, and we’re talking about properties worth over €1 million and as much as €4.5 million, it’s about wanting to own a euro-asset and diversifying investments, especially when banks in the UK are not offering particularly attractive interest on capital at the moment.”

The director of QP Savills, 70% of whose buyers are from the UK with a handful of other nationalities such as German, Russian and French, says it’s “not the case” that supply is exhausted in the Algarve. “There’s actually still a lot of property on the market, and some reports that it’s all been sold are exaggerated.

“We have a very healthy property market, prices are going up and, although there is high demand, there is also supply, particularly in the high-end market,” explains Kerstin Buechner.

One area where the waters have been muddied is the persistent misunderstanding over the difference bet­ween the Golden Visa and the Non-Habitual Resident tax regime. “A lot of people confuse the two schemes and imagine that if they want to live in Portugal, they must invest a minimum of €500,000. For EU citizens, that’s simply not the case – and the situation is unlikely to change for UK citizens after Brexit. They can actually even rent property and live or work here providing Portugal is their tax base and they spend over 180 days in the country per annum.”

Robert Edwards, who has been running the estate agency Cerro Novo in ­Albufeira for 29 years, says: “There’s been more interest and we’ve been working flat out, but the interest is similar to what we saw before the crisis hit in 2008 rather than a rush to buy.

“In fact, property demand is high from many nationalities, not just the British. We’re selling to French, Germans and Scandinavians. What we’re seeing is that the British are fed up with Brexit, worried about the implications on their savings further down the line and are prepared to invest more than previously by selling up lock, stock and barrel, moving to Portugal and making it their permanent residence rather than a holiday home.”

Robert Edwards says that when the ‘leave’ vote won in 2016, they wondered if there would be a downturn in UK ­buyers because of the fall in the exchange rate, and issues like healthcare and pensions came to the fore.

“It was the opposite! We had more and more clients, many of them wanting to take advantage of the Non-Habitual Resident tax regime.”

“There’s not enough new build to go around in the mid-price range. Most of that was snapped up by the French and other nationalities, including British, and new-build projects are taking a long time to get off the ground. Many developers went out of business or got burnt in the crisis and don’t want to take the risk; the other reason is the time it takes to obtain planning permission, which can be lengthy here due to environmental   aspects.”

There are also other issues that play into the narrative of a steady stream — rather than a torrent — of UK citizens moving to Portugal. Before Brexit, the UK’s middle class could get a lot more for their money when UK sterling was strong at £1=€1.40. Now, with sterling at €1.12, those on modest budgets cannot find the same property for the same price ratio and things are harder.

Factor in the UK property market slowdown, and it means some UK citizens wanting to beat the Brexit deadline and retire to Portugal are finding it hard to sell their houses, even though the Portuguese housing market has recovered.

Increased urgency rather than demand

Christina Hippisley, general manager at the Portuguese Chamber of Commerce in the UK, says: “Post-Brexit we have noticed a growing demand from the British public for more information about the Portuguese Non-Habitual ­Resident regime, which is very attractive to those planning to retire to Portugal or restructure their business.”

The Portuguese Chamber of Commerce in the UK has been organising ‘Moving to Portugal’ seminars in London, the next one taking place at the Pestana Chelsea Bridge Hotel on June 26.

“We have held four seminars so far since November 2016 and we have been able to examine the British buyer profile in the UK since we had a lot of interested potential buyers in one room ­together at these events.

“What we noticed was that the desire to move to Portugal was always there, but Brexit has galvanized them into ­action. These were mostly buyers who already had Portugal in their sights. I would not say that demand has increa­sed over the past 12 months; what has changed is the sense of urgency with just 12 months to go to Brexit, plus the NHR regime benefits have sunk in.”

Christina Hippisley explains that the UK buyer profile in Portugal has not changed. “Seventy-five percent of the seminar attendees are aged 55+ and are looking for a second home or a house for their retirement, whereas the UK buyer profile in France, where property can be cheaper, is broader, with families and professionals as well as the over 50s looking to buy. The Algarve generally ­appeals to the 55+ demographic.

“If potential UK buyers move now, the European Health Insurance Card (EHIC) still works for them, plus they can access excellent private health, just as they could in the UK, and we can ­reassure them of that, but there is ­urgency,” she says, adding that the chamber has a specific seminar on the ­Portuguese healthcare system.

Luís Lima, the president of the ­Portuguese Association of Estate Agents and Property Professionals (APEMIP), says there is no reason to worry. “I think there won’t be great difficulties. Perhaps more bureaucracy, but nothing that would really make life difficult for UK citizens wanting to live in Portugal. The British are a traditional market regarding foreign investment in Portugal, particularly in the Algarve, and investment there has not swung wildly, remaining pretty constant over the years.

“The British are the foreigners who most buy property in Portugal. In 2017, they represented 11% of total foreign property investment and I don’t think this is likely to change since the pound is still stronger than the euro and Portugal is relatively good value for money given British purchasing power.”

The Portuguese Chamber of Commerce states that, between 2008 and 2012, the UK market “went dead” ­because of the economic crisis and “demand went way down” but began picking up again from 2014 to 2015 and has now recovered from pre-recession numbers.

“Before 2008, the UK was the largest group of foreign buyers in Portugal. ­Although there is increased demand from other nationalities now, such as from the French, UK buyer demand has remained the same at around 5,000 per annum; around the same number seen 10 years ago,” Christina Hippisley adds.

Gavin Scott, a partner in the Algarve from London-based financial and tax advisors Blevins Franks, which specialises in the UK expat market and has offices in Cascais and Almancil in the Algarve, says: “We’re not seeing a rush to buy and move in Portugal, but the numbers of people seeking advice are coming out of the woodwork; so much so we’ve had to take on three employees in our head ­office in London just to filter requests  for information.

“We’ve also seen at seminars run by the Portuguese Chamber of Commerce in London that whereas before people showed an interest in moving to Portugal, now it seems they are fully intending to move and there’s a sense of urgency.  I would say there is more a surge of ­interest from those racing to beat the Brexit deadline.”

Christina Hippisley concludes: “Demand will continue, there will be a constant stream of buyers from the UK, especially as the 50+ demographic ­expands with the baby boomer generation nearing retirement.” 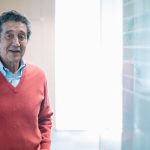 Behind the rise of Portugal’s real estate upsurgeInvestment, Property 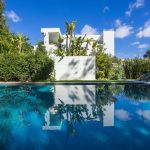 Coldwell Banker comes to PortugalInvestment, Property
This website uses cookies for a better browsing experience, in continuing browsing you're accepting their use. Read More