Behind the rise of Portugal’s real estate upsurge

French billionaire Claude Berda and his business partner José Cardoso Botelho created Vanguard Properties to invest in Portugal. Essential Business caught up with them last month to find out how their next big project is taking shape in Comporta.

What is your connection with Portugal, Mr. Berda, and why have you decided to invest here?

Claude Berda: I discovered Portugal over 20 years ago. At the time, I bought oversized t-shirts that I sold in France, girls wore them knotted to one side, and it became the fashion during a summer… I immediately loved this country. So when my son Rolland told me about investing in Portugal in 2015, given the very reasonable price [of property], I joined him. He introduced me to José as they were already working together.

José Cardoso Botelho: I met Rolland via a mutual friend. He was looking for someone to go into business with; we immediately got on, because we speak the same language. I’ve been investing in property with my family for a long time, so this is an area I know very well. And then I speak pretty good French, so we started working together. Fifteen days later, Claude arrived in Lisbon, we had breakfast together, we went for a walk in the neighbourhood of Graça in Lisbon, we took a selfie in front of a plot. On a sign it said “Vende-se” (for sale). Claude asked me, “What does that mean?” I told him and, some time later, it was our first joint acquisition. Then we bought some buildings, including one at no 203 Rua Castilho, which borders with a large green area [the Amália Rodrigues garden]. We bought this one at an auction and, paradoxically, it belonged to the Ministry of Agriculture.

And so you decided to create Vanguard properties. Can you tell us a little about the origin of this property investment group?

Claude Berda: I moved to Switzerland a little over 20 years ago and it was a coincidence that I started to invest in property. I bought buildings that I rented because renting is what people do in Geneva. Gradually, I started to build and I got a taste for it. Hence the projects that are going on here.

Claude Berda: Because I grew up in Morocco. I’ve swum for almost 350 days of the year since I can remember. I love the Atlantic, that’s why. Portugal is a very pleasant country to live in, I like doing business and it’s nice to do so here. The weather is good, the olives are good… and, to be honest, I love the Portuguese, and possibly the Portuguese women. I’m joking! I think that the Portuguese are great people, friendly, they are good workers and they want to do things properly. So I decided to work with them: we’ve had some great opportunities and we’ve made the most of them. Today we have a relatively large housing stock.

Your entourage told weekly news- magazine Sábado, which wrote an article about you in June 2017, that your investment in Portugal now exceeds €500 million. Is that sum correct?

Claude Berda: Listen, I never talk about money, especially with friends. And “investment” doesn’t mean any- thing. You just have to do the maths for yourself. What I can tell you is that we have 15 projects planned, seven of which have started. In Lisbon, the Algarve – where we have beautiful things, including a resort with 355 villa-apartments in Porches, next to the beautiful Nossa Senhora da Rocha beach – and finally in Comporta. in Comporta, where you invested €200 million, according to the press release that you broadcast in November, when the Muda reserve building site was inaugurated…

Claude Berda (cuts in): Did we say that? Who said that?

José Cardoso Botelho: I confirm it, we wrote a press release for the town hall.

Can you tell me more about the muda reserve project?

Claude Berda: We have 350 hectares, of which 250 hectares will be dedicated to farms [quintas]. Each of them will have five hectares, where one will have the right to build on an area of 600m2. These will be beautiful properties, with extensive grounds, obviously with a swimming pool, guest rooms, gardens… José Cardoso Botelho: And in these areas, 5,000m2 will be devoted to organic agriculture for the owners but also for the local market. Not all customers will be obliged to cultivate, there will be an entity that will take care of the farms obviously. Next to the farms, there will also be up to 250 houses, which will have plots of between 1,000m2 and 2,000m2. It is an extension of this “sítio” (place), since Muda is not really a village. There will also be a hotel with 80 rooms. This is one of the problems in this area today, there isn’t much here.

Your architect, Miguel Saraiva, is very famous: why did you choose him in particular?

Claude Berda: There is a proverb that says: “Be aware of the first, it’s often the right one.” And that’s what happened with Miguel. There was a very good mutual feeling, we laughed together, we are exactly on the same wavelength. Even if I’m sometimes confused, he understands right away what I want.

José Cardoso Botelho: The other factor is that Miguel has a very important structure behind him, with his firm Saraiva & Associados. A project like the Muda Reserve is very complex. First because of its size, then because each plot is different. And Miguel, with over 120 architects and engineers behind him, has the team to do the necessary work. This is not the case for all firms. white shell Beach villas With the crisis, many had to fire employ- ees, some even went bankrupt. Miguel had the intelligence and vision to export his know-how internationally, where he was very successful. Today, he has a big organisation. He has 20 architects work- ing on all of our projects, including 10 for the Muda Reserve. This allows us to meet our construction deadlines, and this is very important in property.

Speaking of which, when will the muda reserve be inaugurated?

José Cardoso Botelho: We’re moving fast: we bought [the land] on July 18, had the first building licence on September 1, we started the work on November 9, got the second licence on January 2 and further works will start in March. The whole project will be ready in five years, but the farms will be ready by next June and the urbanisation after the summer. We are still studying the architecture, because the houses won’t have any visibility between them; we can adapt them to the Muda landscape, which is very pretty. 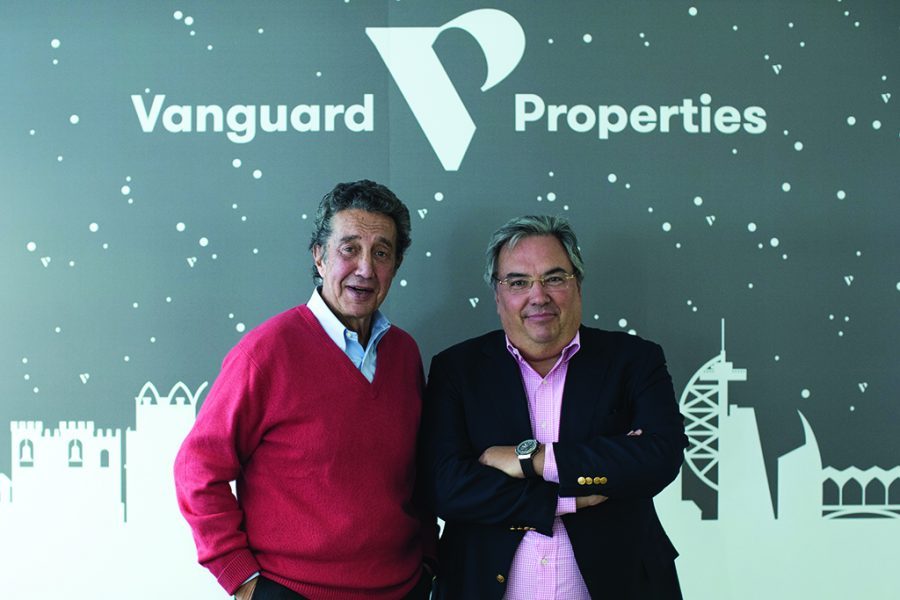 What kind of clientele are you looking for?

José Cardoso Botelho: There have always been a number of Portuguese people in the Comporta region. But, in recent years, a French clientele has appeared and loves the area. Some celebrities have settled there and attracted people. There are also many Spaniards, Belgians, Swiss, Brazilians, Americans … So the international clientele is very important. Here they find nature, the sea, beautiful beaches and privacy, be- cause no house will ever be visible from the beach, that’s for sure. So there is a high demand but very little supply in terms of accommodation. For example, we have a friend who got married there last summer and rented everything that exists to house her guests. Some of them were at the Sublime Hotel; well, our Muda Reserve is under construction just across the street. Portugal, in general, has the wind in its sails…

José Cardoso Botelho: Lisbon is indeed “the place to be” and Comporta is an hour away. The growth of property is exceptional. People buy houses to live there; it’s their first or second residence. It’s not pure investment.

Claude Berda: It must be said that in Comporta, life is very pleasant. We are one kilometre from the sea at the most, and get around on foot or by bike. It’s 60km2 of space, it’s unique in the world. Without any houses, there are no vis-à-vis. We can walk around in perfect tranquility.

José Cardoso Botelho: The fact that the country is becoming an important tourist and technology destination are obviously beneficial to the property market.

Is it still worth investing in Portugal today, in view of soaring prices?

Claude Berda: Five years ago, there was the financial crisis, which brought about serious problems. A lot of land was blocked, building was suspended. We bought relatively well, so everything is fine. There are always exceptional opportunities. We can say that we bought 80% of our business at low prices, that is to say, land and buildings that had been taken over by the banks, who wanted to get rid of them. When we agreed with José and Roland, we didn’t hesitate. We got Muda reserve along very well with the banks, we helped them, and today they follow the project [BPI, Novo Banco, Montepio, Santander, Caixa Geral de Depósitos and maybe, in the future, Millennium]. To be honest, today Portugal doesn’t offer the opportunity to earn the most money, but one can make beautiful projects, and we are proud of what we do.

Last year you told Bloomberg that Portugal was your next big project. Does this entail all your activities?

Are you planning to move to Portugal?

Claude Berda: These days, I no longer live in Switzerland but in Belgium. My children do, too. I don’t exclude moving here, because I love swimming every day, I love fishing and scuba diving. 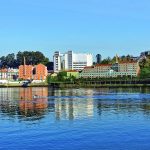 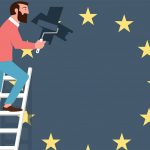 How Brexit panic-to-buy affects PortugalProperty
This website uses cookies for a better browsing experience, in continuing browsing you're accepting their use. Read More