Hoteliers against oil prospection at Aljezur

The Portuguese Hotel Association (AHP) has voiced its opposition to oil prospection at Aljezur.

Its opposition to prospection off the Alentejo coast is down to it being a “polluting industry” that could harm tourism.

In a communiqué, the AHP has reinforced its position since 2016 when the first news emerged on oil prospection off the Alentejo coast which has also attracted opposition from environmental groups like Quercus.

The AHP says that the simple fact of the Algarve and Alentejo being associated with the oil industry will damage the tourism brands and prove extremely negative for tourism.

The association states that the recent decision to press ahead, without an Environmental Impact Study is “clearly damaging since prospection alone is likely to create negative impacts on the flora and fauna not to mention damaging the image of the region as a whole as a tourist destination and harm the local fishing communities which rely on the sea for their incomes.

On 16 May, the Portuguese Environmental Agency decided not to carry out an Environmental Impact Study at Aljezur on the grounds that “significant negative impacts” had not been identified when carrying out test drilling.

The President of the AHP, Raul Martins is arguing that “sustainable tourism and oil prospection are not compatible” and is not in line with Portugal’s international image as the Best Destination in the World (World Travel Awards) which would be associated with such a polluting industry.

The Eni/Galp consortium has said the it will forge ahead with preparatory activities to begin oil prospection under the conditions laid down by the Portuguese Energy Agency. 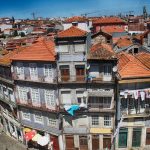 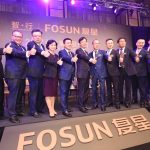 Insurer Fidelidade broadens investmentNews
This website uses cookies for a better browsing experience, in continuing browsing you're accepting their use. Read More